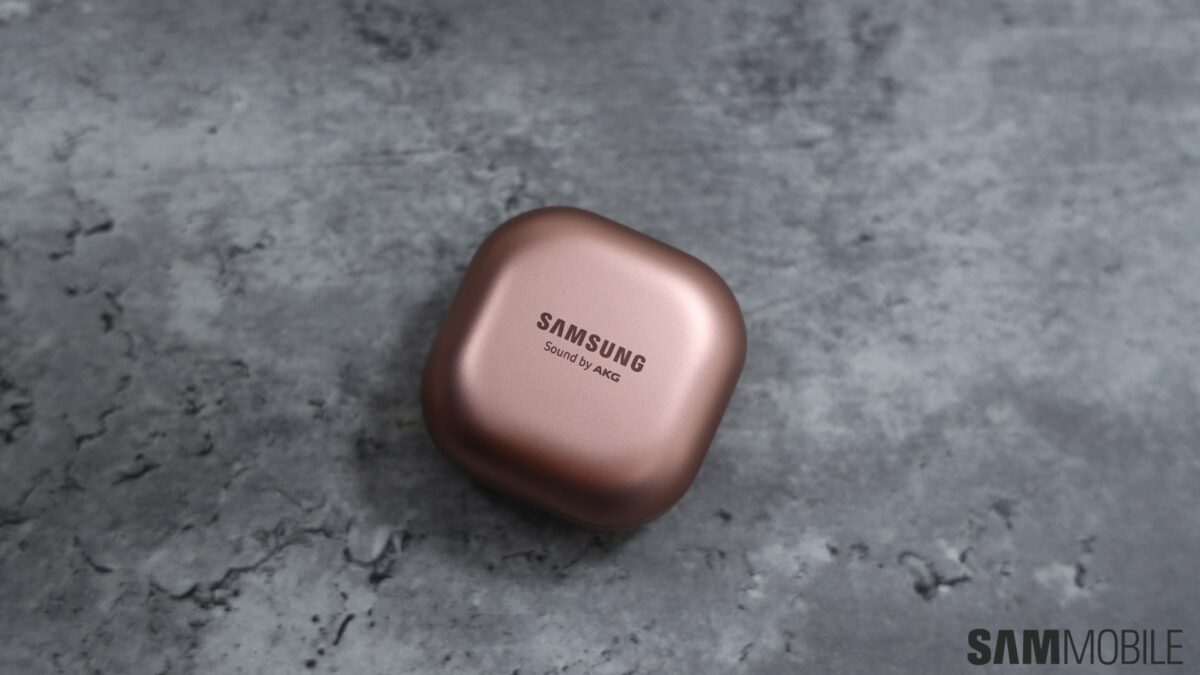 It was only last year that Samsung released the Galaxy Buds, its new truly wireless earbuds. They had many strengths but a few weaknesses as well. The audio experience was fine for the most part but lacked the X factor. Call quality left a lot to be desired and the battery life could have been better too.

Samsung addressed some of those issues with the Galaxy Buds+ that were launched in February this year. The speakers were improved, an additional microphone was added and battery life was significantly improved. However, they were missing a crucial feature and Samsung has finally delivered that with the Galaxy Buds Live.

Samsung’s newest earbuds look nothing like the Galaxy Buds/Buds+. This bean-shaped design has been favored because it doesn’t protrude from the ear. We quite like that too and it’s easy to get a comfortable fit even though it may not seem possible at first. New, larger speakers have been utilized this time for improved audio and a separate bass duct has been added to bring that X factor.

The three internal mics have been paired with a dedicated Voice Pickup Unit and that should, at least in theory, improve call quality. Lastly, Samsung has also brought Active Noise Cancellation, a feature that was previously missing from its wireless earbuds. All of this puts the Galaxy Buds Live in a league of its own.

It’s evident that the Galaxy Buds Live are what the customers should go for if they’re looking for the best audio experience from Samsung’s earbuds. The meaningful improvements that Samsung has made really do speak for themselves. However, since the Galaxy Buds/Buds+ will likely be available at a discount now, they also remain viable options for those who just need a solid pair of earbuds for a reasonable price.

Daily Deal: Save an incredible 47% on the Galaxy Buds Live

If you’re looking for truly wireless earbuds that support active noise cancellation, you should definitely check out the Galaxy Buds Live. These were actually the first earbuds from Samsung to support ANC. As we highlighted in our Galaxy Buds Live review, the unique shape of these earbuds makes them comfortable to wear for extended periods […]

If you’ve been thinking about buying new wireless earbuds, you should definitely consider the Galaxy Buds Live. These were the first earbuds from Samsung to feature Active Noise Cancellation and also came with a unique design. We mentioned in our Galaxy Buds Live review that the kidney-shaped design makes them great for extended use. The […]

Samsung fans weren’t happy to find out that the Galaxy A53 doesn’t have a headphone jack. One of the company’s most awaited mid-range phones was thus launched with a nice pre-order promotion. Customers who pre-ordered the device were given a pair of the Galaxy Buds Live for free. The company kept this promotion around for […]

Looking to buy a pair of wireless earbuds that offer active noise cancellation? The Galaxy Buds Live were the first earbuds from Samsung to come with this feature. The company also made some major improvements to the audio experience with this device. We highlighted in our Galaxy Buds Live review that the unique shape of […]