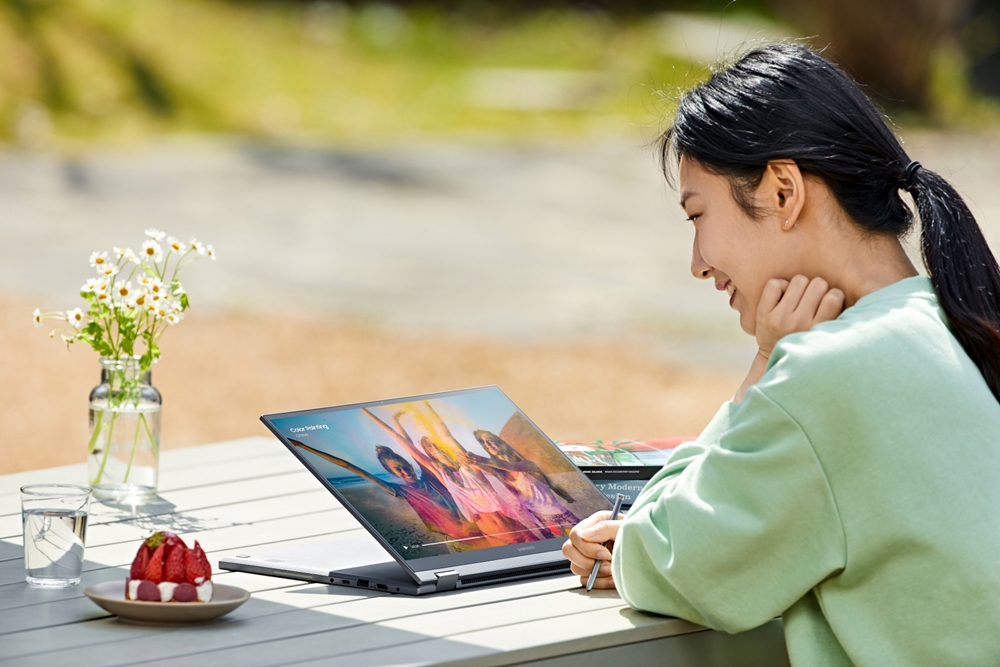 The Galaxy Book Flex α (alpha) convertible is finally becoming available for purchase in South Korea tomorrow, but at a much steeper price point than what Samsung announced in January. While the CES 2020 unveil largely focused on the fact this is a 2-in-1 laptop series starting at under $1,000, the base 13.3-inch model will instead retail at over 1.5 million won, which amounts to more than $1,300. That’s a far cry from the $829 figure first attached to the cheapest Galaxy Book Flex alpha variant. Perhaps the most plausible explanation is that the company either canceled the 256GB model, or simply isn’t releasing it in its home country for the time being.

At the top end of the new notebook range is a 15.6-inch Galaxy Book Flex alpha with 1TB of SSD storage, 12GB DDR4 RAM, and a 10th-generation Intel Comet Lake CPU. This particular configuration will be priced at about $2,050 in South Korea.

Limited-edition bundles including the latest version of the S Pen and Galaxy Buds+ are also on their way to the Far Eastern market. Otherwise, Samsung’s stylus and other officially supported accessories are to be sold separately.

All things considered, it appears 360-degree QLED displays will remain firmly in the luxurious laptop segment for the time being. The Korean pre-order period for the Galaxy Flex alpha lineup runs until May 10th, with the new convertibles hitting the store shelves in the country on May 12th. The Galaxy Book Flex alpha still lacks an international release date, though Samsung previously said it intends to make the 2-in-1 series available globally by the end of the first half of 2020, i.e. June.

About four months ago, Samsung took the veil off the Galaxy Book Flex α (alpha), and it seems like the compa …