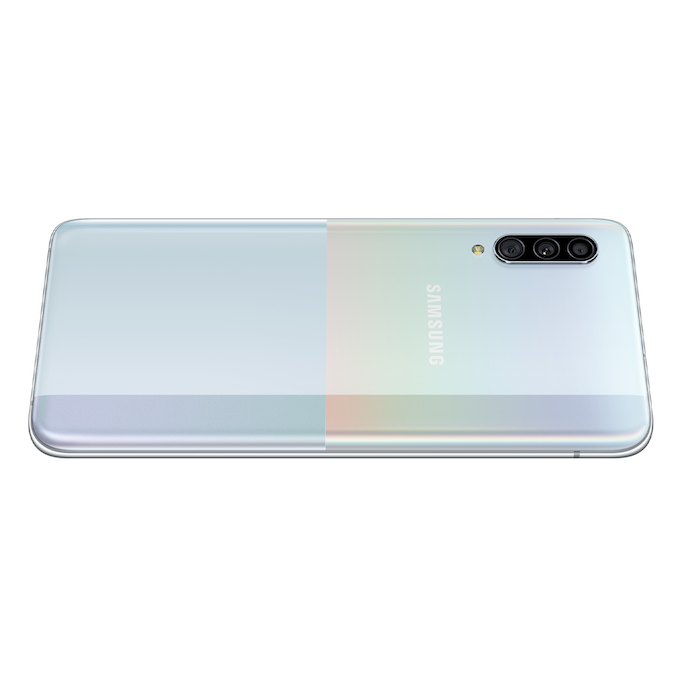 Even though Samsung has significantly improved its Galaxy A series handsets over the years, there has remained a firm distinction between it and the flagship Galaxy S series. That gap is now coming down a bit though. One feature that has only been present on flagship handsets till now has trickled down to this series.

The Galaxy A90 5G also has some of the swankiest specs that we’ve seen on a handset in this series. It’s powered by Qualcomm’s Snapdragon 855 chipset for example, the preferred option for most flagship Android smartphone manufacturers this year.

It’s the first Galaxy A series device from Samsung to have support for DeX. Samsung’s PC-like environment has been limited to flagship devices so far but the A90 5G will enable users to access that PC-like experience by simply hooking up their monitor to an external display over USB-C.

It does make sense for Samsung to enable support for DeX on this device. Not only does it appear to have the requisite tech under the hood, this feature might also make the Galaxy A90 5G a compelling option for customers in 5G-enabled countries that may also want to get some work done on the move.

The Galaxy A90 5G also gets support for Microsoft’s Your Phone app. It enables users to mirror their phone’s display onto their Windows desktop. They’re also able to check their notifications, send and receive messages, and browse through recent photos on the PC itself.

Samsung is releasing the Galaxy A90 5G in South Korea tomorrow. It will gradually release the device in other 5G-enabled countries down the line.

The Galaxy A90 5G hasn’t received One UI 5.0, and it never will. Nevertheless, the upper mid-range phone in question is getting a new firmware update as we speak. Samsung began the December 2022 security patch rollout earlier today, and the Galaxy A90 5G is among the first devices to receive it. Rather unusually, the […]

My Galaxy S22+ has finally arrived in the mail, and it’s time to retire the Galaxy Note 10. So far, I’m having a blast with the new features, and the flat 120Hz display feels like a breath of fresh air. As for the software experience, it’s a noticeable step-up in several areas, but one of […]

Samsung DeX is one of the most unique One UI features and arguably unparalleled in the world of Android apps that attempt to deliver a desktop-like experience on mobile. With the company announcing its first Ultra-branded tablet earlier this year, i.e., the Galaxy Tab S8 Ultra, the DeX platform is seemingly becoming more important than […]

Samsung DeX is one of the best pieces of productivity software that the company has ever made. It transforms your smartphone or tablet software into a desktop-like UI when connected to a bigger display (monitor or TV). It even works when you connect it to a computer running macOS or Windows, provided that it has […]