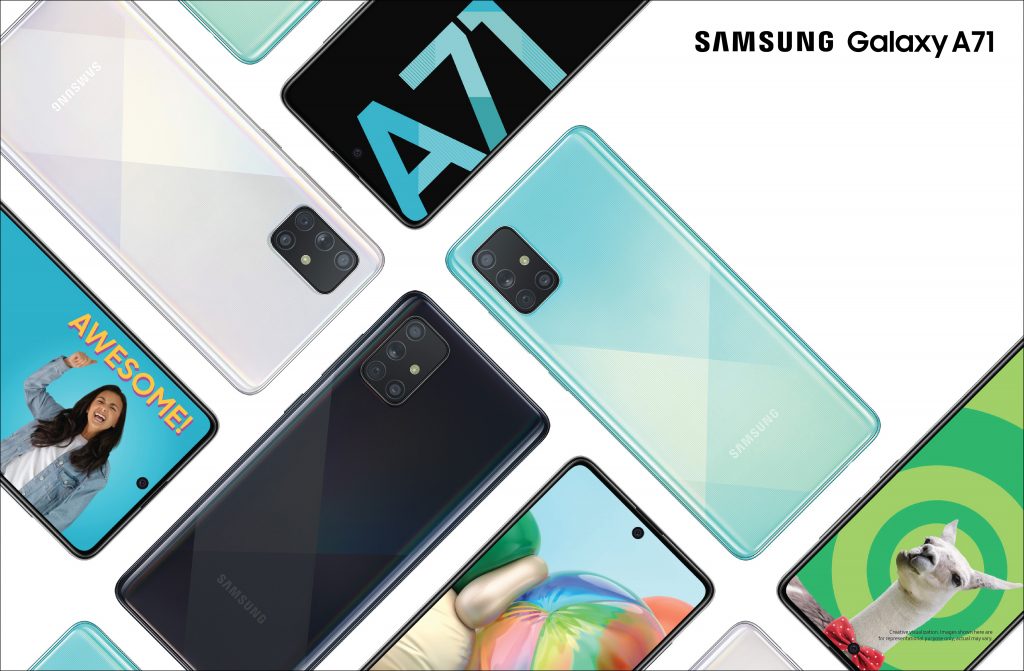 Samsung unveiled its premium mid-range smartphone, the Galaxy A71, three months ago. Although the device lacks 5G connectivity, we had reported that the South Korean firm has plans to launch a 5G version of the device in China and in the US. Now, specifications of the Galaxy A71 5G have appeared on the internet.

A Samsung smartphone with model number SM-A7160 has appeared on TENAA’s website, revealing almost all the important specifications. The Galaxy A71 5G uses an Exynos 980 processor, which has a fully-integrated Shannon 5G modem. It supports both SA and NSA 5G networks (Band 41, Band 78, and Band 79). This particular variant of the phone has two SIM card slots.

The Galaxy A71 5G features a 6.7-inch Full HD+ Super AMOLED Infinity-O screen and a 32MP selfie camera. It will run Android 10 with One UI 2.0. It is equipped with 8GB of RAM, 128GB of internal storage, and a microSD card slot. The upcoming smartphone will feature a quad-camera setup on the rear, featuring a 64MP primary sensor, a 12MP ultrawide-angle snapper, a 5MP macro camera, and a 5MP depth sensor.

The Chinese certification authority’s website reveals that the 5G variant of the Galaxy A71 measures 162.6×75.5×8.1mm and weighs 185g. Other features of the phone include an under-display fingerprint reader, Wi-Fi ac, Bluetooth 5.0, USB Type-C port, and a 3.5mm headphone jack. The phone will be powered by a 4370mAh battery (minimum) and come bundled with a 25W charger.