Samsung had launched the Galaxy A60 and the Galaxy A40s in China last year. Both the phones were released with Android 9 out of the box. Now, Samsung has released the Android 10 update with One UI 2.0 to the smartphone in the Chinese market.

The latest update for the Galaxy A60 (SM-A6060) in China carries firmware version A6060ZCU1BTC9 and has a download size of 1922.6MB. It also includes the March 2020 Android security patch. The One UI 2.0 update brings various new features to the Galaxy A60, including smoother animations, smart replies, improved dark mode, refined permission management system, and Google’s UI navigation gestures.

If you live in China and use the Galaxy A60, the update notification should show up on your device today. You can also check for it manually by heading to Settings » Software update on the phone and then tapping Download and install. Alternatively, you can also download the complete firmware file from our database and flash it manually using the Odin tool.

The Galaxy A60 features a 6.3-inch LCD screen with Full HD+ resolution and a punch hole in the left corner. It is equipped with the 11nm Snapdragon 675 processor, 6GB RAM, 64GB/128GB internal storage, and a microSD card slot. The smartphone features a 32MP+8MP+5MP triple-camera setup on the rear and a 16MP selfie camera. The Galaxy A60 is powered by a 3500mAh battery. 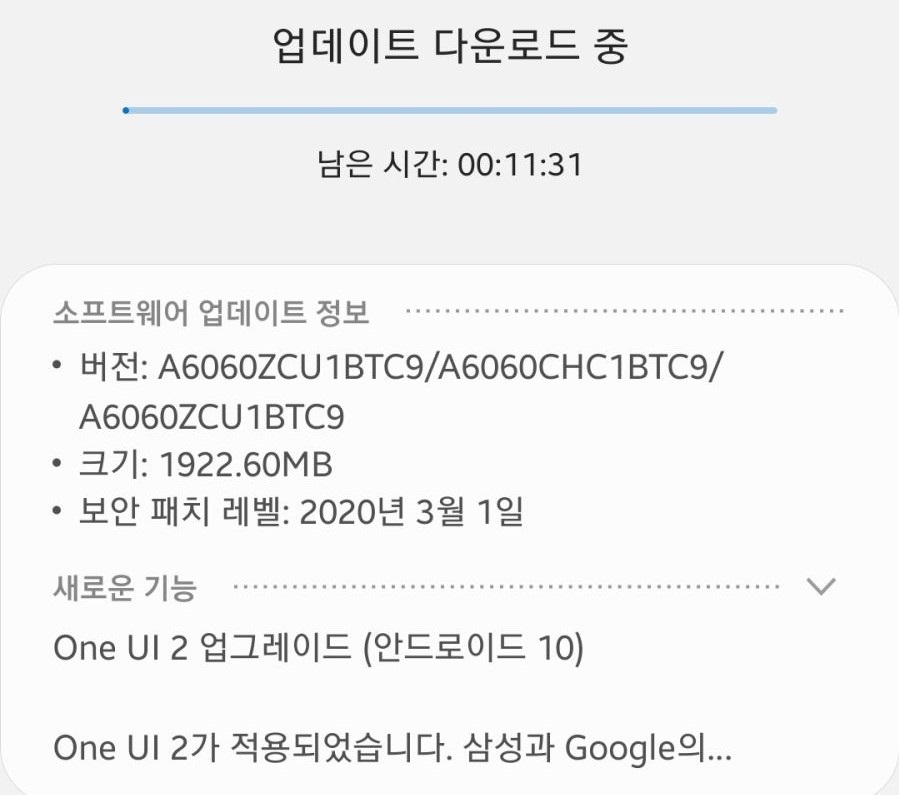