Did Samsung just drop a hint about its future foldable phones?

Samsung has taken the lead in the foldable phone niche. It has brought the idea to life in two different form factors. Many expect Samsung to have more up its sleeve. There have been rumors about multi-fold and even stretchable displays that could be used for future smartphones.

Now, it appears that Samsung wants to spark our imagination. It’s doing that with some renderings that show how displays of the future can be used to make our lives better.

The renderings have been posted on the Korean blog of Samsung Display, the company that supplies displays for Samsung’s smartphones. The posts are part of a series that showcase the opportunities for innovation.

One such rendering shows off a tri-fold panel that allows the user to have a full smartphone interface on one side and a tablet interface on the other. The hinges would allow this device to be compacted into basically a smartphone.

As futuristic as this may seem, it’s within the realm of possibility. Samsung has already been toying with this idea for years. The company has dozens of patents for tri-fold display panels in its arsenal. So it’s only a matter of time before we see something like this from Samsung.

The other rendering makes us imagine what it would be like to have a device with a rollable display. It appears to be a cylindrical stick from which an OLED display panel can be rolled out. This is another idea that Samsung has been working on for some time now. The company does have patents for this as well.

It’s not impossible for such a device to be made. LG made an entire TV out of a rollable OLED panel so the same can certainly be achieved on a smaller scale. This will likely be a tablet replacement because it would be absurd carrying a device like this in your pocket. 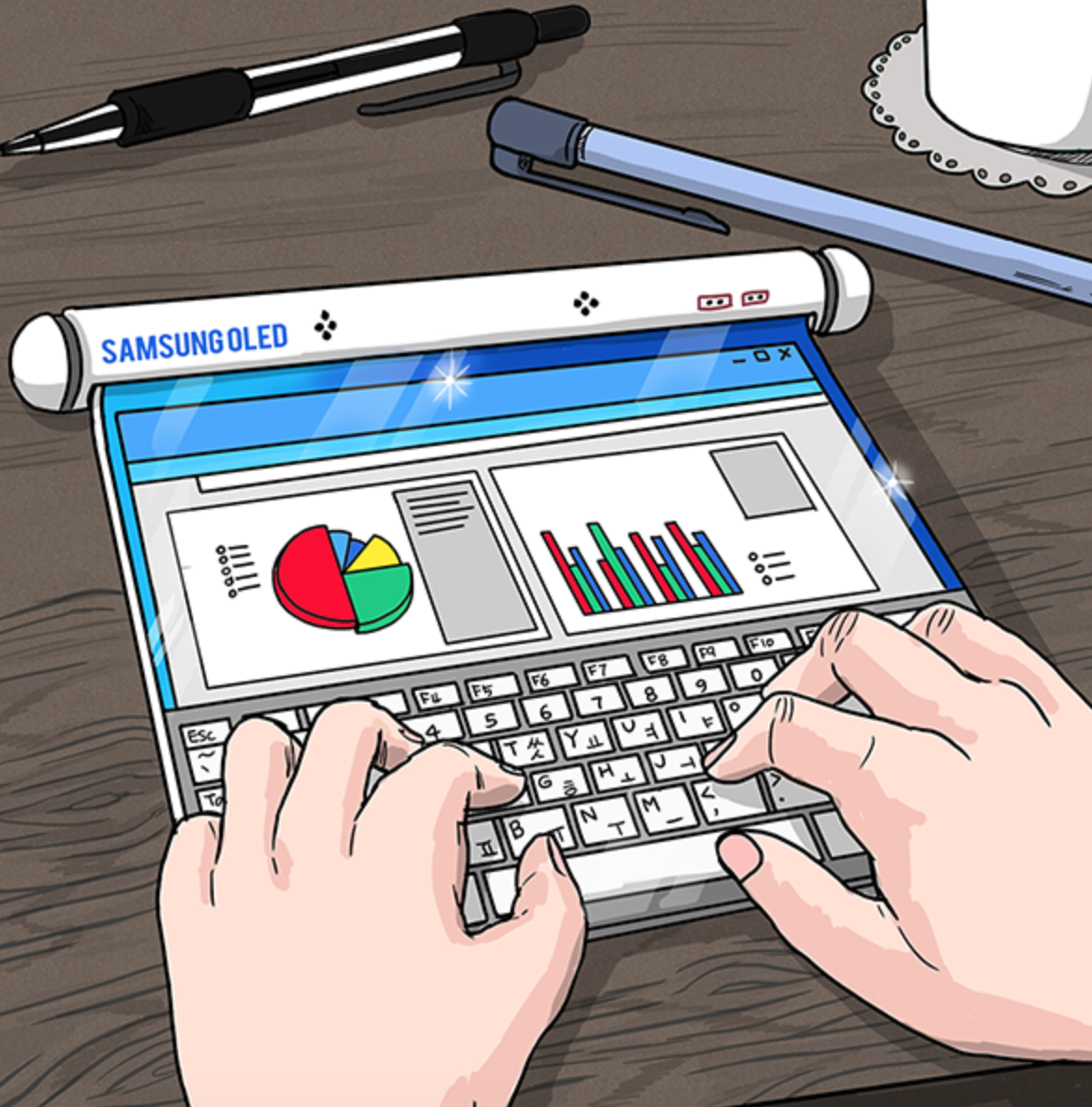 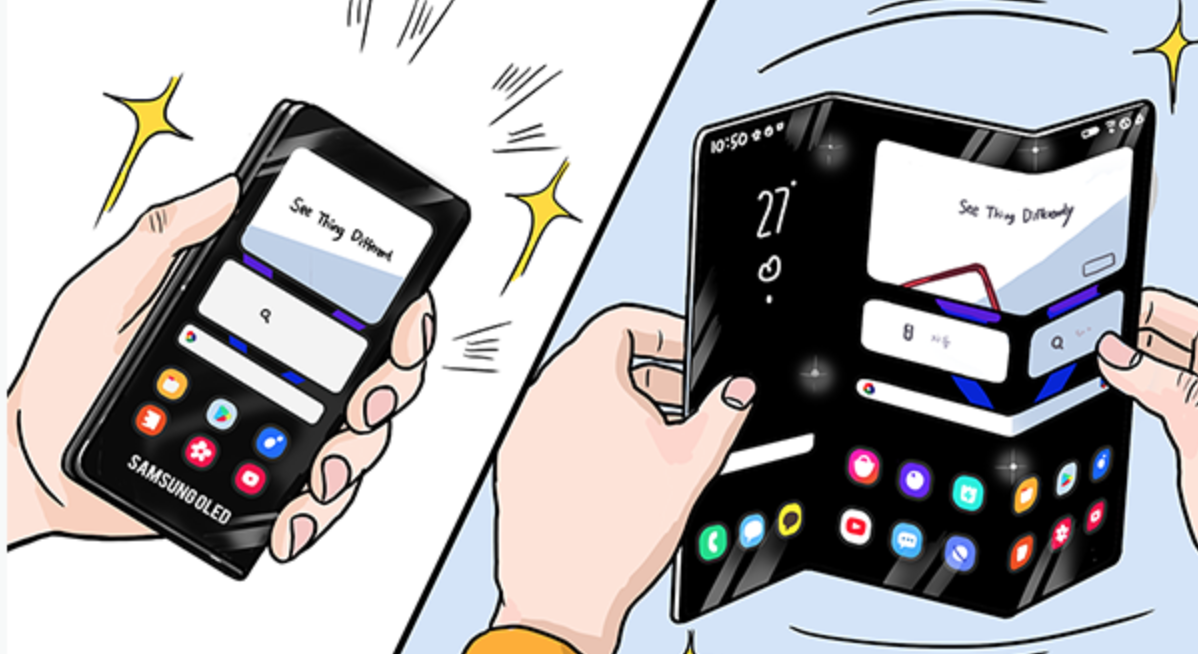