The Galaxy S9 has been employed by deputies in the Kit Carson County Sheriff’s Office in Burlington, Colorado. The smartphone will be a part of their standard equipment and will be used primarily as a body camera, as well as an evidence documentation tool and communication tool. The phones will also double as secondary radios and personnel locators, all the while being connected to the FirstNet public safety communication platform.

In this particular use case scenario, the Galaxy S9 relies on Visual Labs software for recording videos and live streaming to the command center in real-time. According to Kit Carson County Sheriff, Tom Ridnour, the combination of Visual Labs software and Samsung’s 2018 flagship phone has resulted in a cost-effective and simple solution to upgrading officer mobility. 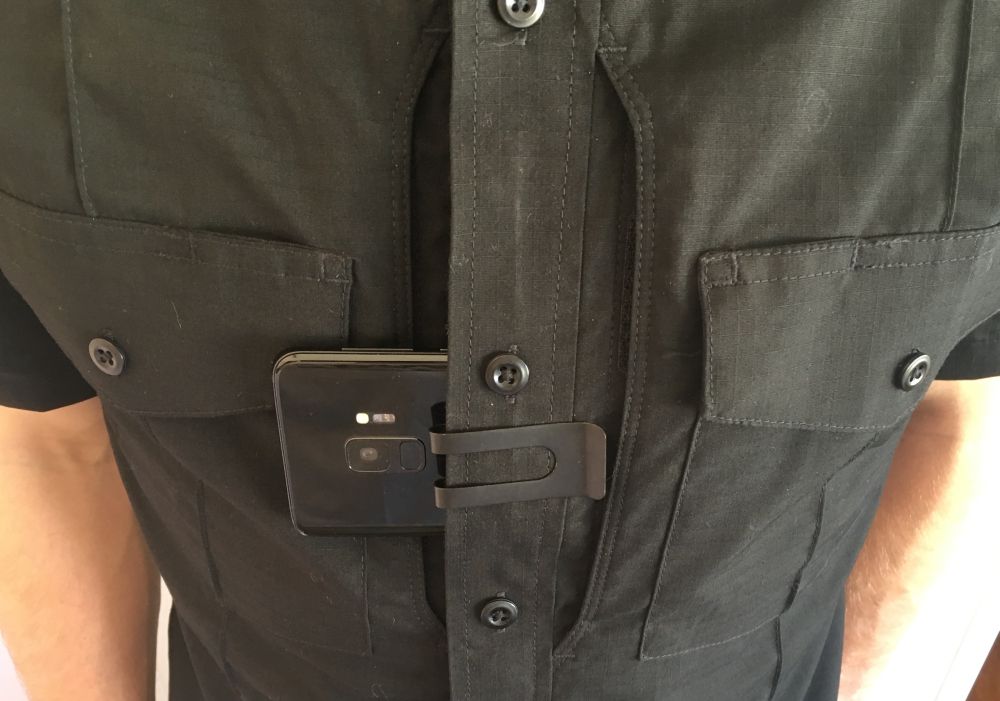 Kit Carson County’s Sherriff’s Office in Burlington has a “small team of patrol deputies” covering an area larger than 2,000 square miles. And because officers are always on the move, the Galaxy S9 is a light-weight solution that doesn’t require any additional steps to connect to the FirstNet dedicated public safety communications platform. The Galaxy S9 was the first smartphone to earn the FirstNet Ready certification.

The Galaxy S9 body camera solution relies on the phone’s internal hardware and optics, i.e., the 12-megapixel rear-facing camera with OIS. It can record 2160p videos at 60fps, 1080p videos at 240fps, and 720p videos at 960fps. The phone also got a dedicated camera Night mode with an update released last month, which improves photography in low-light conditions.

What about battery life ?