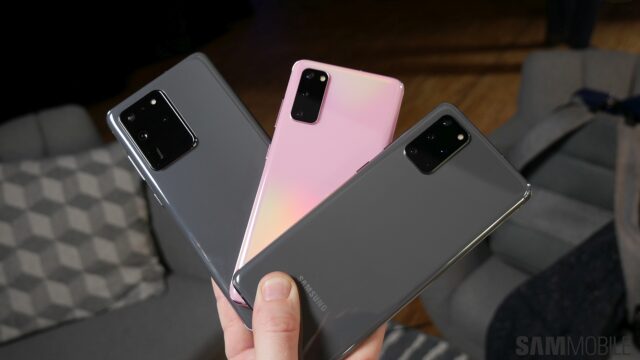 There are new updates going out for Samsung’s latest flagship and its flagships from last year in various markets right now. The Galaxy S10 and Galaxy Note 10 are getting features from the Galaxy S20 lineup and One UI 2.1, while the Galaxy S20 series recently received yet another update that improves its camera experience and brings the April 2020 security patch.

The One UI 2.1 update for the unlocked Galaxy S10 and Note 10 started rolling out in the US a few hours ago, and now, the latest Galaxy S20 update has made its way stateside as well. The update features build number G98xUSQU1ATCU; it is available for Sprint’s variants of the S20, S20+, and S20 Ultra at this time but will likely be headed to other carrier models and the unlocked models soon.

While the latest update for the S20 series is supposed to bring numerous camera improvements, Sprint’s changelog only mentions that the security of the devices has been improved. However, the camera improvements — detailed here — are likely included as well. The update also fixes a lag issue on the lock screen that made the fingerprint sensor unresponsive for a second or two after the screen is turned on.

As usual, you will get a notification once the update is available for your phone, though you can also manually download it right away from the Settings » Software update menu on the device. Firmware for the Galaxy S20, S20+, and S20 Ultra are also available in our archive, which can be used for immediately updating to the latest software without waiting for the over-the-air release.