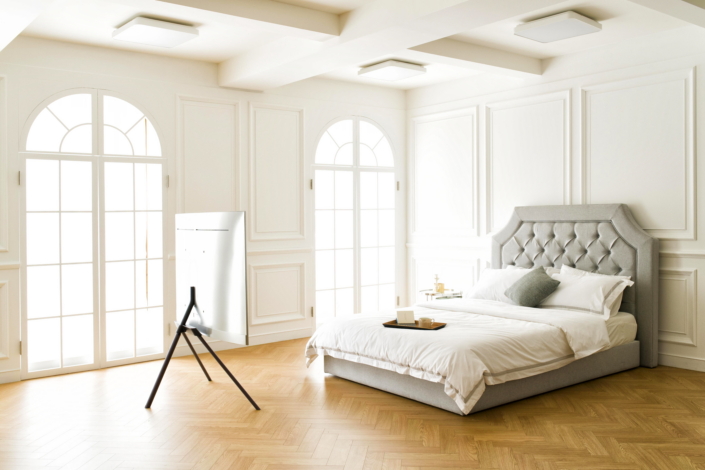 Samsung is working on a TV that requires no cables whatsoever to function, according to a new patent. The supporting documentation explains how such a device works: an electromagnetic bar is mounted between the TV and the wall, drawing current from a base station, which also doubles as a soundbar, that generates an electromagnetic field in the room the TV is located.

The concept should sound familiar. Wireless chargers take advantage of the electromagnetic field to pass current between a charging pad and a supported device — with the main difference here being that Samsung’s solution enables there to be a gap between the two. To start, though, the gap will have to be fairly small, as indicated in the illustration (below) included in the patent filing. 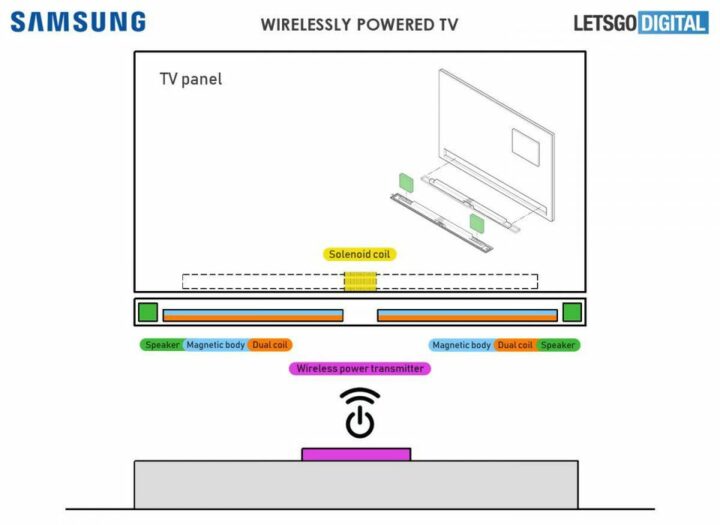 That said, in the future we should be able to have one central base station in a room that’s capable of feeding power to all the devices in it, including TVs and set-top boxes. Disney Research even goes as far as to suggest that the magnetic field in some rooms will be so strong that you’ll be able to walk in and the base station will instantly start charging your smartphone — but that’s a long way off.

Samsung’s truly wireless TV exists! But it’s too early to …

Aside from unveiling its brand new TV models at CES 2020, Samsung has also confirmed it developed a truly wire …