Google is no longer interested in Android tablets and is instead focusing on Chrome OS devices that can run Android apps. The company has been adding new features to Chrome OS to make the devices more appealing to the customers. As part of the efforts, at I/O 2018, Google announced Linux app support for Chrome OS starting with the Pixelbook. The same functionality is now available on the Samsung Chromebook Plus as well.

To begin with, Linux app support in Chrome OS is not yet ready for prime time and is currently available only in the OS Dev Channel. As such, it may be buggy and not work as expected. Interested Chromebook Plus users can enable this functionality by following these instructions. The process is same as for the Pixelbook.

The Samsung Chromebook Plus, however, may not be able to run all the Linux apps as it’s an ARM-powered device, unlike the Google Pixelbook. Despite the limitations, it is still encouraging to see Google bringing this major feature to older Chrome OS devices as well. Users who purchased the Chromebook Pro instead of the Plus model will also eventually get this functionality, but it may take more time. 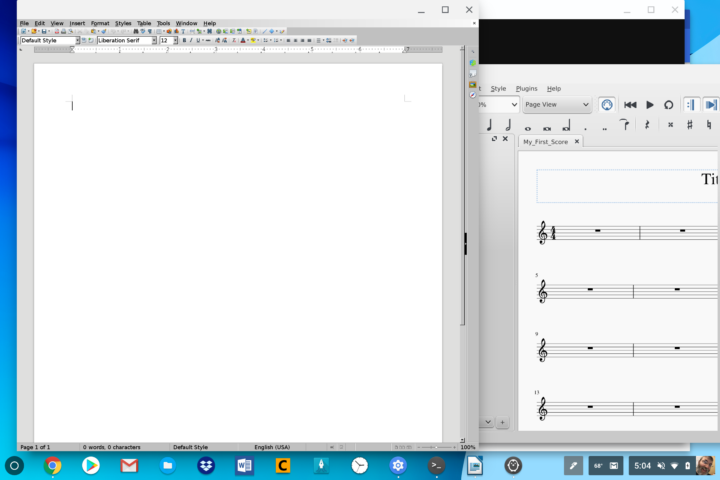 LibreOffice and MuseScore running on the Chromebook Plus