Samsung announced Q1 2018 earnings today, and they beat market expectations due to the stellar performance of the company’s semiconductor business.  Samsung’s display division, however, suffered a decline in earnings due to the weak demand for flexible OLED panels and increased LCD production by the competitors.

Samsung’s earnings from TVs also suffered a year-on-year decline, which Samsung attributes to changes in the product lineup. Samsung believes the revenues from TVs will grow in Q2 due to the growing sales of new models. Interestingly, under the H2 Outlook heading in the earnings summary, the company talks about the launch of its MicroLED TVs by quoting “Expand premium lineups for products such as ultra-large-size QLED TVs (75” and up) and 8K TVs; solidify leadership in premium market by launching innovative products like Micro LED TVs.”

The statement in the document pretty much confirms the commercial launch of the MicroLED TVs in the second half of this year. At the CES 2018 in January, Samsung already showcased the world’s first MicroLED TV named The Wall, a 146-inch modular TV. The company didn’t announce pricing or availability information at the time of the unveiling. If Samsung sticks to its plans outlined in the earnings summary, then the world’s first MicroLED TV should hit the market this year.

Though Samsung is the market leader in televisions, the company has been facing fierce completion in the premium TV segment from rivals’ OLED TVs. Samsung’s decision to abandon making OLED TVs in favor of QLED TVs has given a competitive edge to rivals selling OLED TVs. With the launch of the MicroLED TVs, considered by Samsung to be technologically superior to OLED, the company hopes to reclaim the lost ground and narrative. 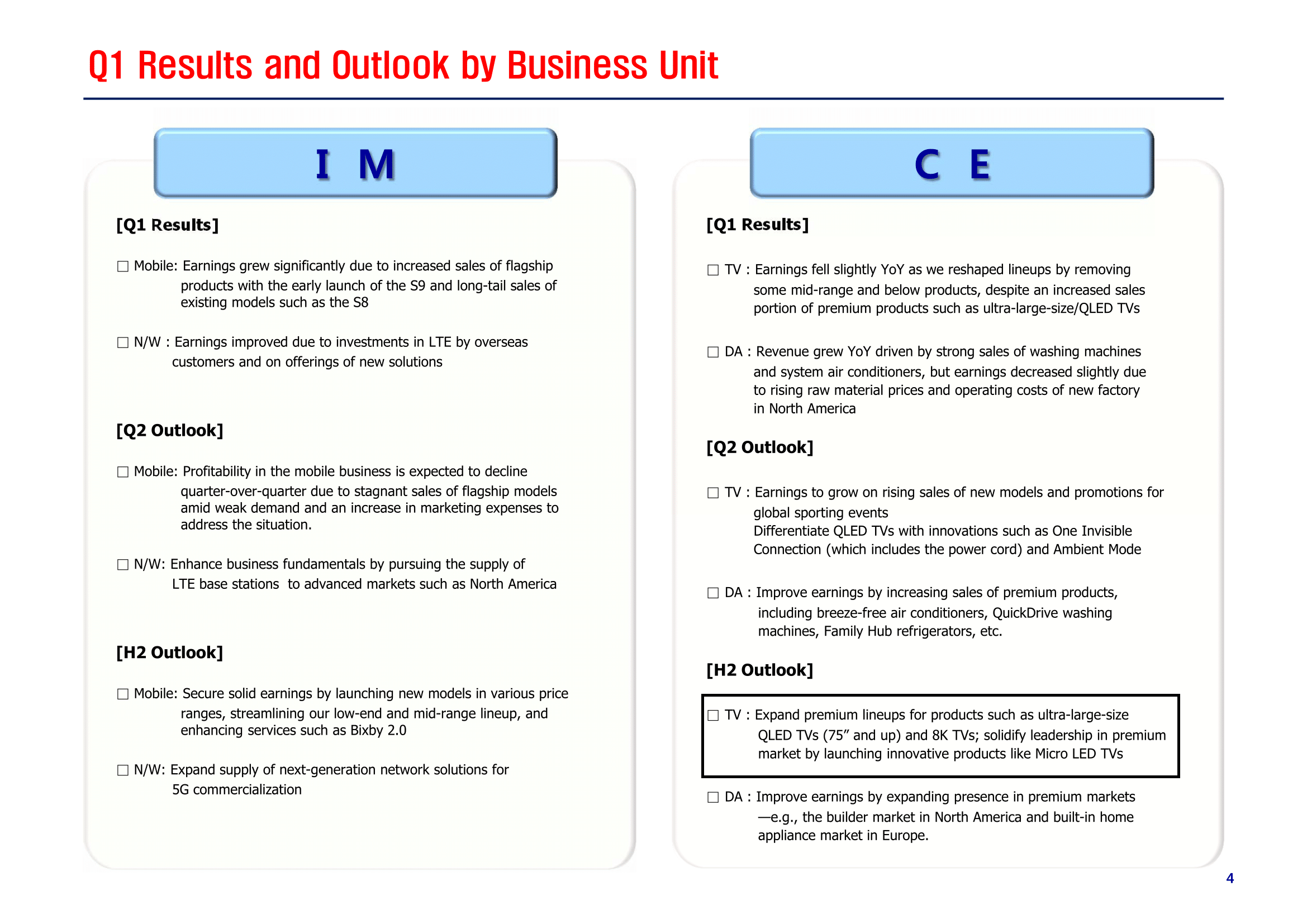