Good news sports fanatics and TV show binge-watchers alike! Those of you that possess a 2017 Samsung Smart TV will now to have access to both the ESPN and Freeform app. The fact that you must have a cable subscription to access these programs has not changed, but you are now able to stream directly from your TV for more convenience.

Samsung has struck a deal with ESPN and Freeform owner Disney to bring streaming apps for these networks to all 2017 Samsung Smart TVs. Having the ESPN app will allow folks in the United States to watch all things sports straight from their television, including the upcoming College Football Playoff National Championship game premiering this weekend.

The Freeform app will allow 24/7 live viewing of the network, enabling Samsung Smart TV owners to catch upcoming series premiers of Alone Together and Grown-ish.

These additions seem to support Samsung’s apparent push to increase app support for its Smart TV platform. Last year, we saw major apps including the music identification app Shazam and the video streaming app Starz land on the platform.

There has been no word as to when Samsung will add support for these applications on its Smart TVs released prior to 2017, but keep your fingers crossed if you have an older model. 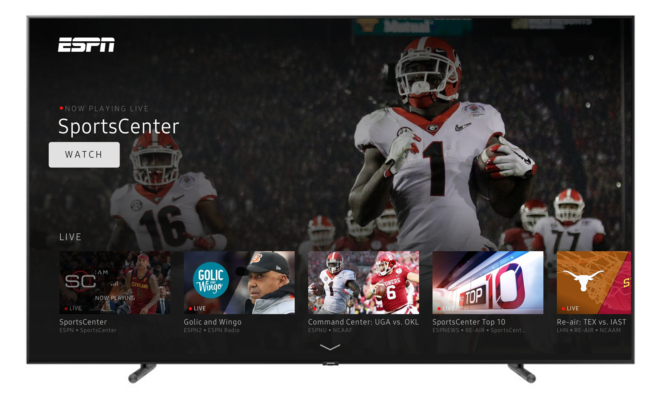