The Galaxy Note 5 on T-Mobile’s network received the Android 7.0 update last month (with build number N920TUVU4EQC6). However, the device was running March 2017 security patch even after the Nougat update. Now, the carrier has started rolling out the May 2017 security patch for the smartphone, which is a welcome change.

The update with build number N920TUVU4EQE1 and a download size of 209MB contains the latest security patches from both Google and Samsung. The update also contains bug fixes as well as performance and stability improvements. These updates are generally rolled out in phases, but you can manually check for the update from the Settings > About device menu on your device.

Update: T-Mobile has started rolling out the May 2017 security patch for the Galaxy S6 edge+ as well. The update with build number G928TUVU4EQE1 has a file size of 223.57MB, and it also contains a fix for an intermittent call failure bug. 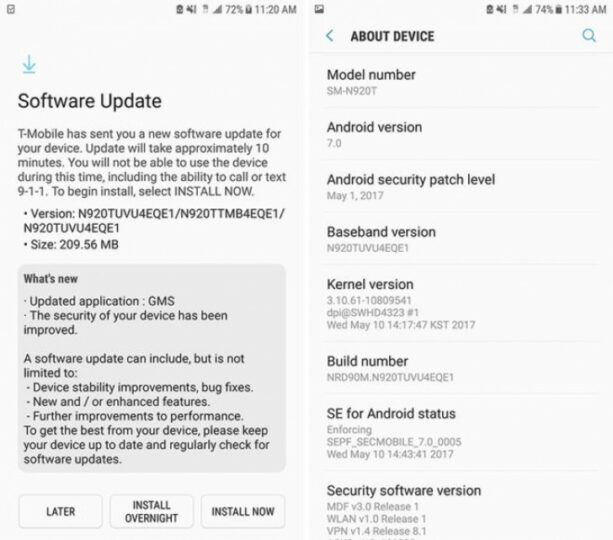 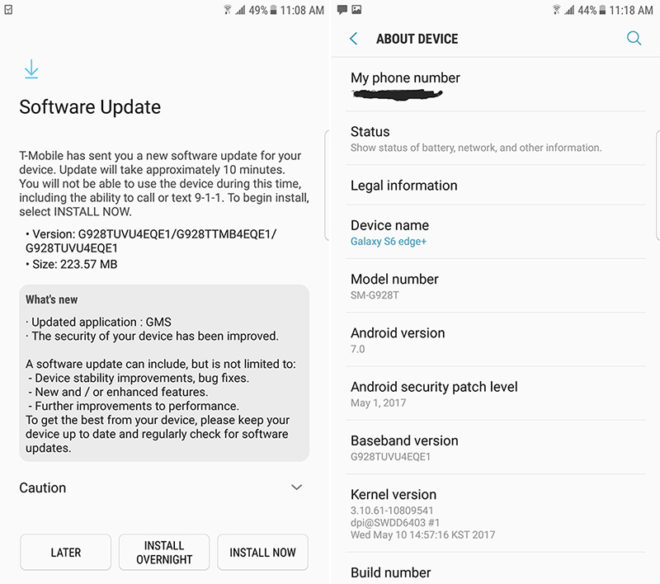