An FCC filing for the Galaxy J7 (2017) has been spotted, it’s for the model number SM-J727A which hints that this device is headed to the country’s second largest mobile carrier. The filing also mentions SM-J727AZ and it’s likely that this is the model that’s headed for Cricket Wireless, AT&T’s prepaid brand.

Samsung is yet to confirm when it’s going to launch the Galaxy J7 (2017) in the United States. The handset is expected to feature a 5.5-inch Full HD display, a 2.2Ghz octa-core processor, 2GB RAM, 13-megapixel rear camera, a 3,000mAh battery and more.

The FCC labels are proof enough that this handset is in the pipeline. It’s just not known at this point in time when it’s going to be released. Hopefully, Samsung will have an answer for us soon. 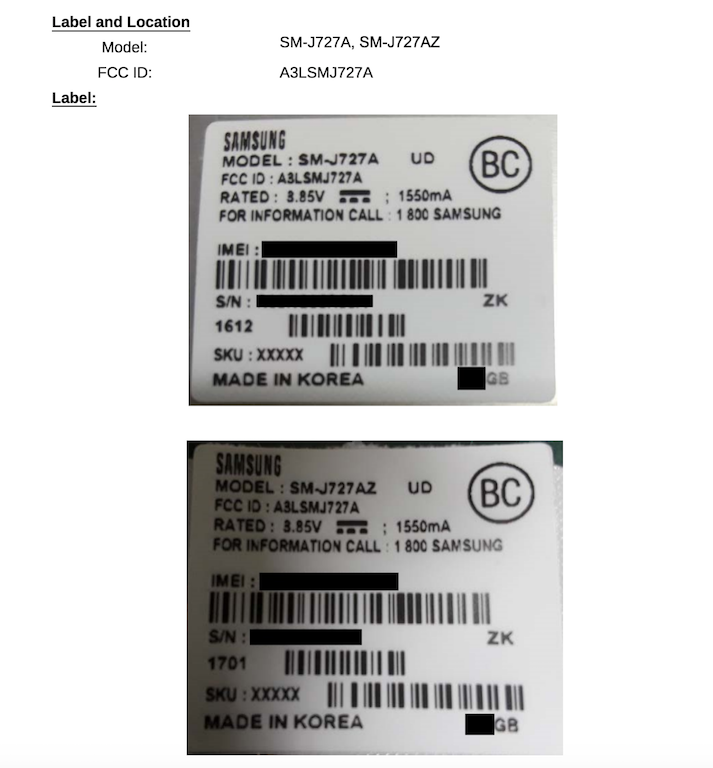