The first new trick is called Translate. As the name suggests, it will help users translate words that are in a foreign language. Screenshots show that users will simply need to hover the S Pen over a word to translate it, they can also tap on the speaker icon to hear the word pronounced. This will eliminate the need for users to launch a separate app to translate words and is certainly going to prove very useful. Magnify is the second trick and it’s self-explanatory as well. It will enable users to enlarge areas of the screen by hovering the S Pen over them. Last but not the least, there’s Glance which will help users quickly switch between apps by hovering the S Pen over the thumbnail. All of this is above and beyond the new S Pen’s rumored ability to write underwater.

What do you think about these features, do any of these feel like just novelties or do you think you could get a fair amount of use from them? 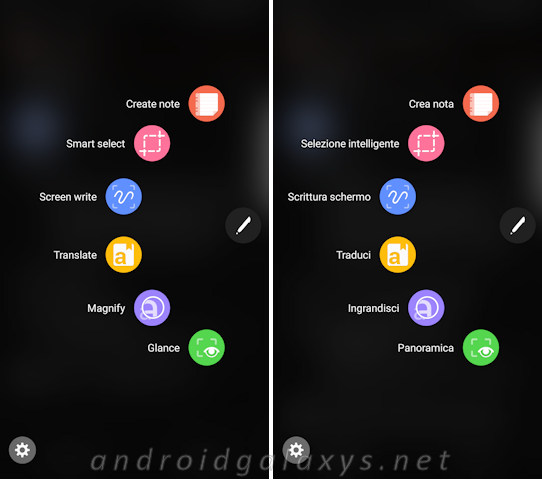 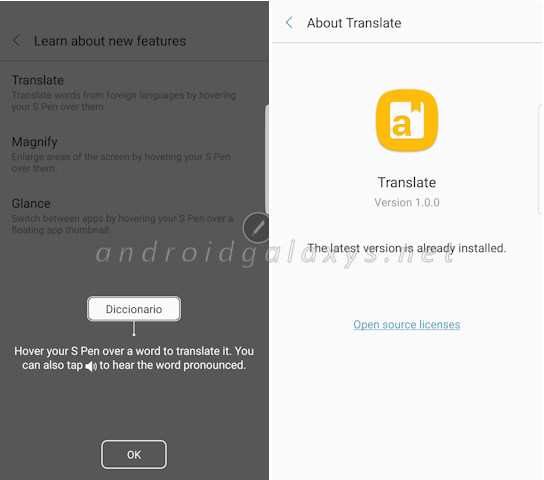 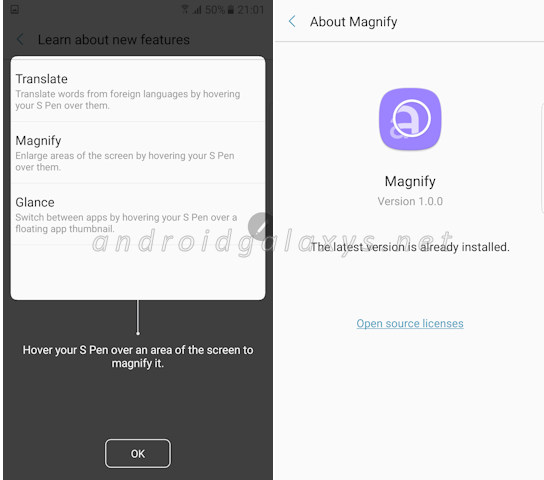 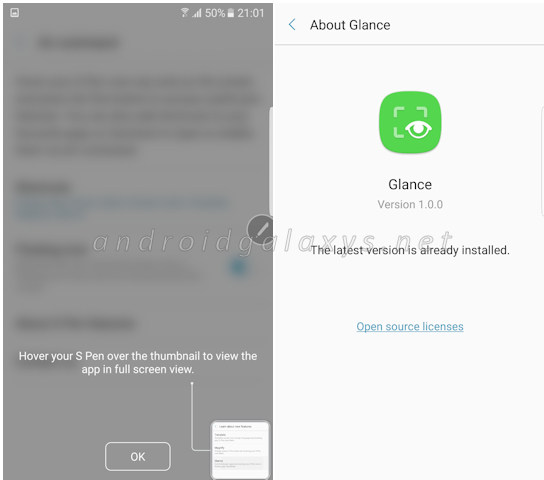