Samsung has released a really useful app in the Google Play Store today. Dubbed Game Tuner, the app allows a user to scale a game’s native resolution as well as provides an ability to set its frame rate. Given the app’s features, it will be really handy to mobile gaming enthusiasts as they can downscale the resolution or the frame rate to reduce the strain on the GPU, which also saves precious battery life. 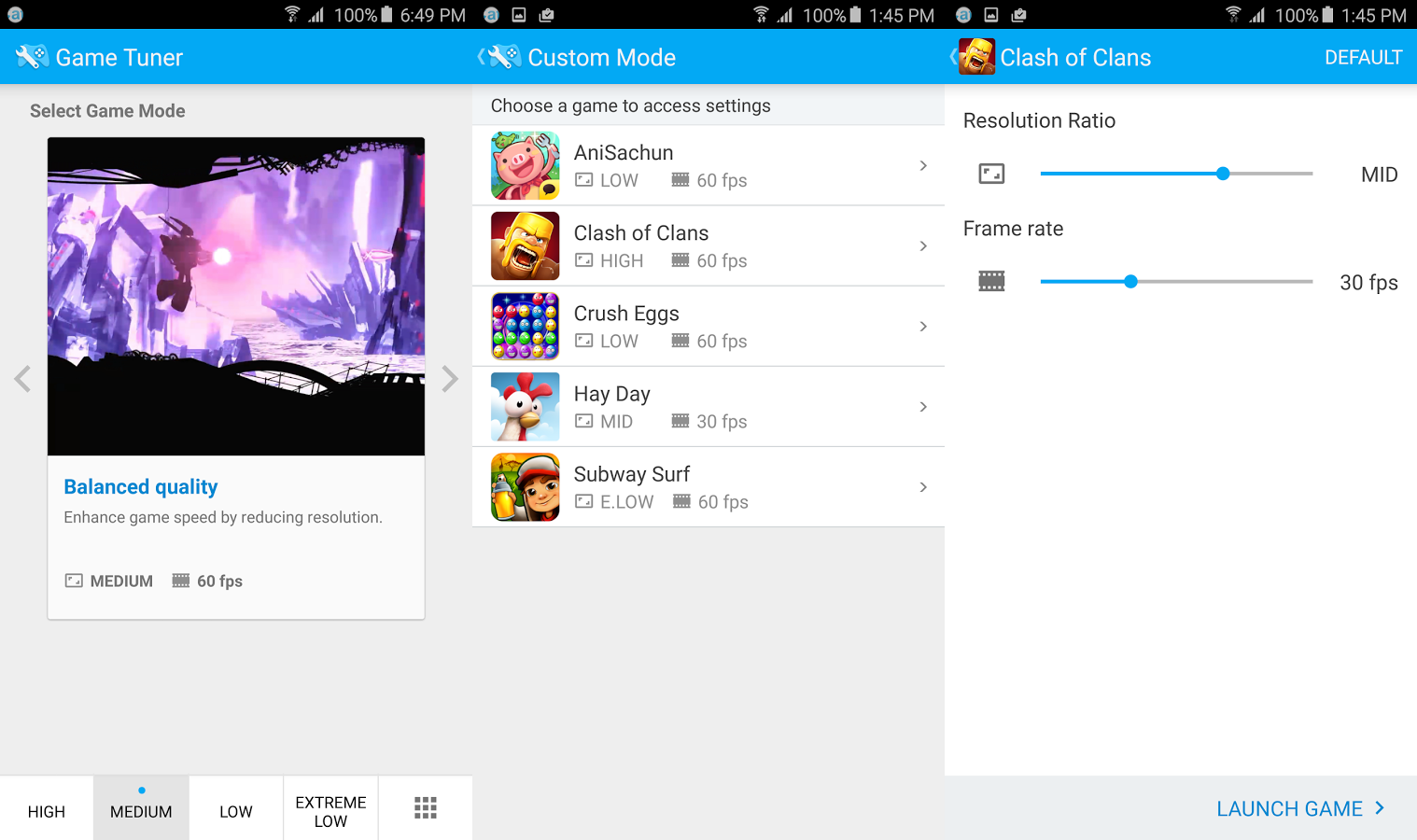 Samsung’s Game Tuner app hasn’t been updated since December 2018, so the following information might not surprise anyone, but the company officially terminated Game Tuner yesterday, April 30. The app is still listed on the Galaxy Store and Play Store, but it is no longer available for download and the app’s description has been changed […]

Samsung seems to be dialing back on the functionality that its Game Tuner app provides. Since its original release three years ago, Game Tuner has received a number of updates that have added new game tuning controls. While some recent updates have removed minor functionality, the latest Game Tuner release removes a few major options. […]

It has been a year since Samsung launched the Game Tuner app which allows users to scale a game’s native resolution and even set its frame rate. The app is meant for mobile gaming enthusiasts so that they can tweak the experience as per their liking. They will be able to use the app to […]

Samsung’s increased focus on gaming with the Galaxy S7 and Galaxy S7 edge was interesting to see. The company promised superior performance on its latest flagships, and also built in dedicated tools to let users get the most out of their gaming experience. Samsung’s Game Launcher app lets us access all our installed games from […]