Another picture of the Samsung Z3 leaked

There have been multiple reports over the past few months regarding the Samsung Z3, Samsung’s next-generation Tizen-powered smartphone is likely to be announced in the near future. Just yesterday we reported that it appears Samsung has started mass production of this handset in India. We’ve already seen leaked photos of this handset and today yet another picture of the Samsung Z3 has been leaked online.

The Samsung Z3 looks like the Galaxy A5 in this image primarily because both handsets have the same display size and appear to share a common design language. Specifications are obviously different, the Samsung Z3 will have a 5-inch 1280x720p display, a 1.3GHz quad-core Spreadtrum SC88305 processor with 1.5GB RAM, 8-megapixel rear and 5-megapixel front camera. So far Samsung has only released its Tizen-powered handsets in a select few markets but this time around the company is expected to launch the Z3 in more markets across the globe. 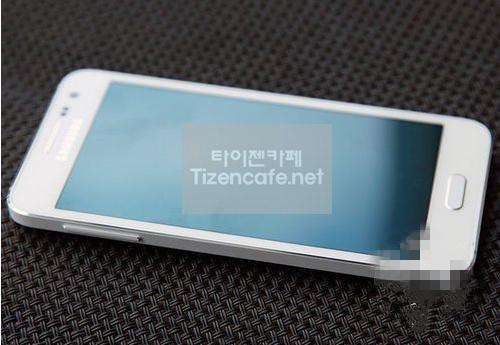