At the Tizen Developer Summit 2015, Samsung has been talking about a lot of aspects of its open-source operating system, and the company also revealed a few details about the upcoming Tizen 3.0. Set to launch sometime in late 2015 or earlier next year, Tizen 3.0 will be about architectural changes that improve the overall experience for end users.

Tizen 3.0 will bring support for multiple users on a single device and 64-bit processing, and introduce an IoT (Internet of Things) framework. Performance will be enhanced thanks to under-the-hood changes, with reduced app launch times singled out by Samsung. Security will be getting a boost – Samsung didn’t go into too many details, but it says security will be enhanced but will also be simplified.

Tizen 3.0 will also carry over a few features from the next version of Tizen 2.4, including native support for navigation features like geofencing, routing and point-of-interests, meaning these will be usable no matter what mapping app you might be using on your Tizen device. There are a couple of more sessions left at the event, and we’ll be sure to tell you everything we learn later in the day. 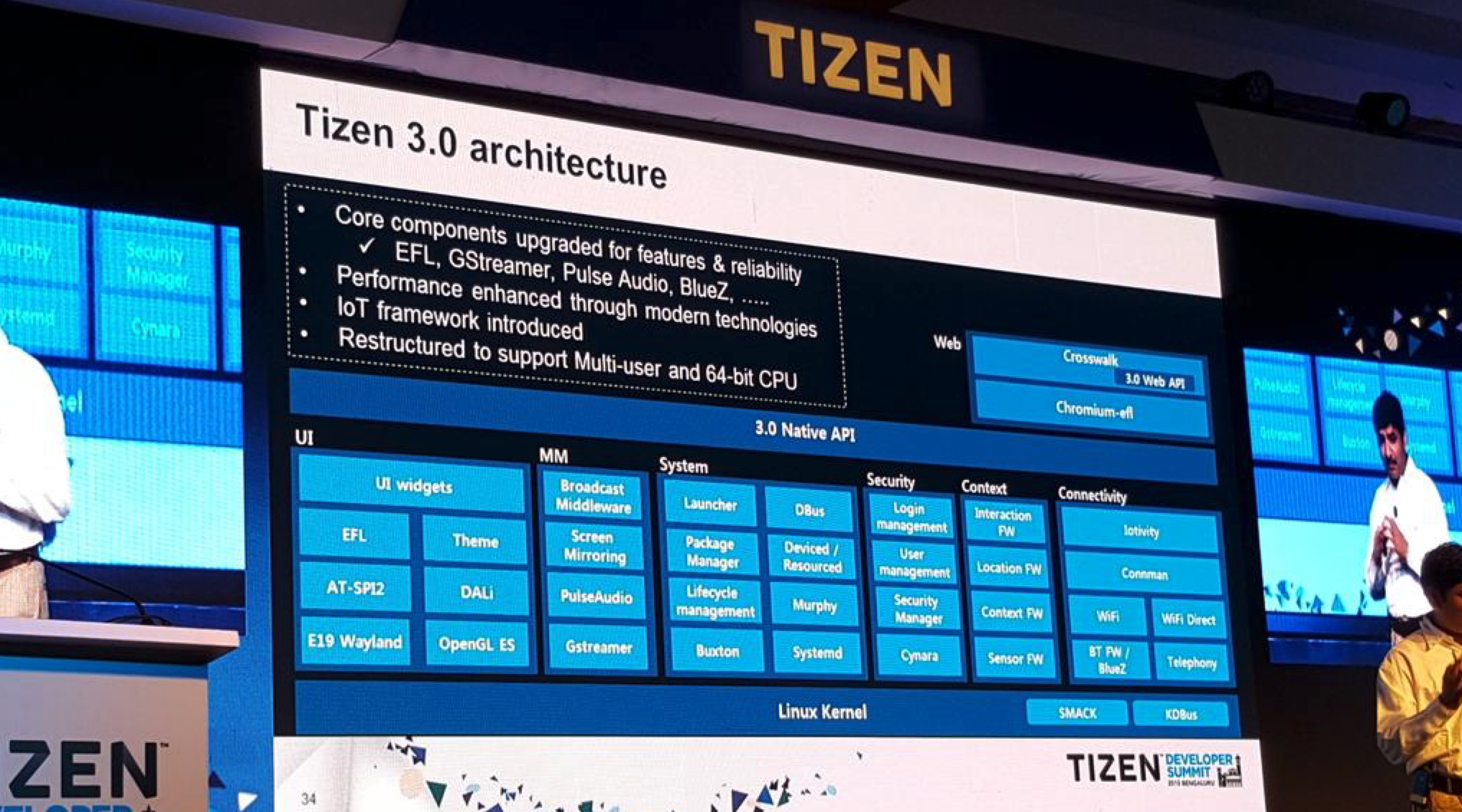