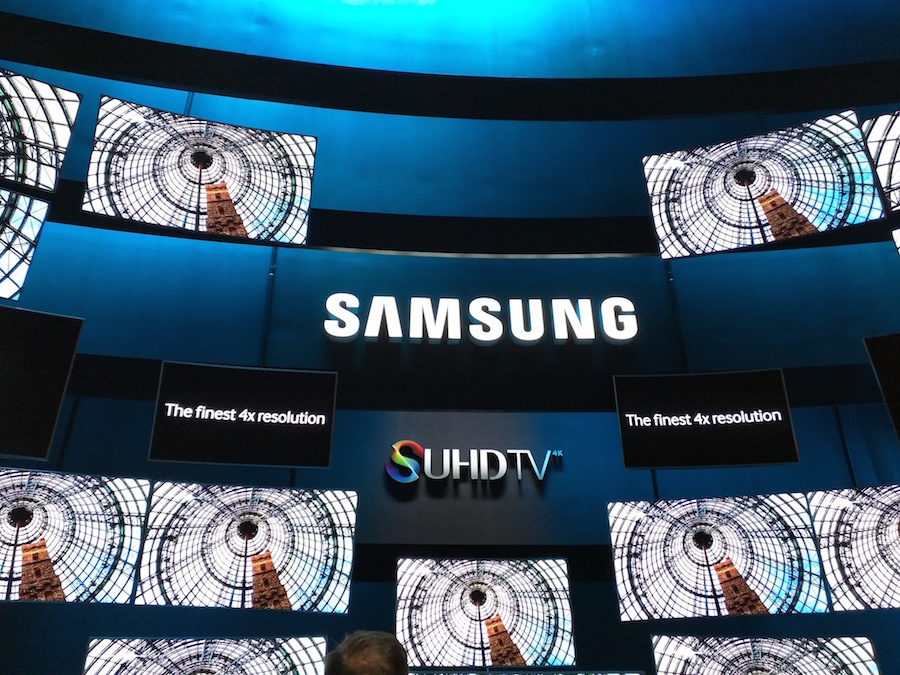 The latest addition to the hugely popular Jurassic franchise will hit theaters in the very near future but fans are certainly finding it hard to contain their excitement since they have had to wait for a very long time for the new movie. One can watch the trailers only so many times before the craving to see more comes up again, fortunately Samsung has got Jurassic fans covered. It has teamed up with Universal Pictures to provide fans with a “big reveal” on its latest SUHD TVs that are on display at more than 500 Best Buy stores across the United States.

An exclusive clip from the Jurassic World clip will be shown to fans at more than 500 Best Buy stores in the US on Samsung’s SUHD TVs. The clip can only be seen at Samsung Entertainment Experiences at Best Buy stores. Obviously the clip won’t divulge much about the film’s plot or storyline, but it’s a good tactic on Samsung’s part to get more eyeballs trained at its SUHD TVs which were only unveiled at CES earlier this year. As for the film itself, Jurassic World will be released on June 12.