Samsung’s Galaxy A lineup of phones are shaping up to be pretty interesting, marking a change in direction for a company that has offered little in the way of impressive features on mid-range and low-end devices. Today, the lowest-end member of the Galaxy A lineup, the SM-A300, has been found hiding on Samsung’s mobile website, and its UAProf listing has confirmed that the device will be powered by the Snapdragon 410 processor. The Snapdragon 410 is a 64-bit entry-level chip, features up to four Cortex-A53 cores and the Adreno 306 GPU, and should replace the Snapdragon 400 that is currently being used in a plethora of non-flagship devices.

What’s odd is that the Galaxy A5, a higher-end device than the SM-A300, is running on a Snapdragon 400 according to our insider, though it’s possible Samsung will change to a Snapdragon 410 chip in the final product. Coming back to the A300, Samsung’s website also lists the phone’s screen resolution as 540×960 pixels, something we had already confirmed earlier on. As leaked benchmarks had shown, the SM-A300 should also feature an 8-megapixel rear camera, 5-megapixel front camera, 1GB of RAM, a 4.8-inch display, and 8GB of internal storage. It will run on Android 4.4.4 KitKat, though we’re not sure if it will feature the new version of TouchWiz like the Galaxy A5, pictures of which we leaked earlier today. 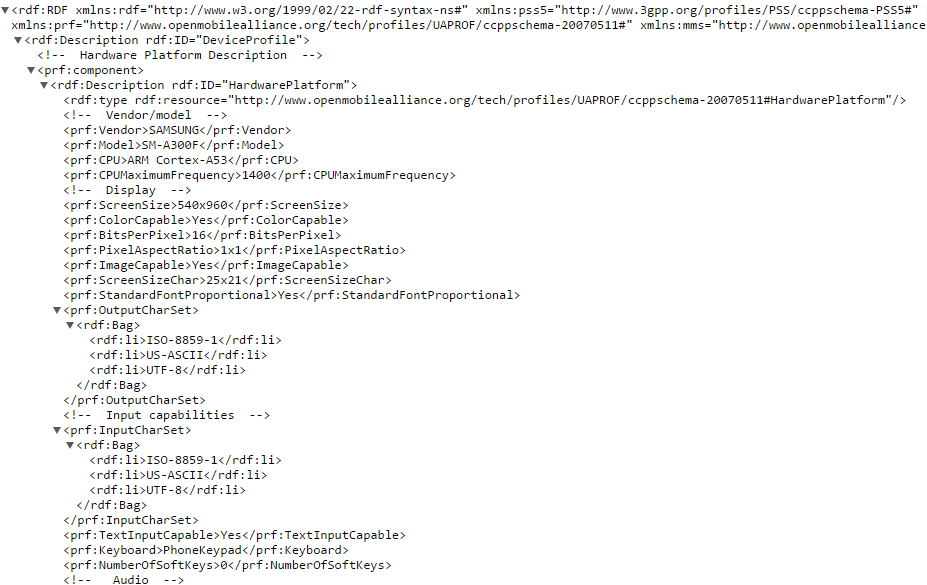 Samsung Galaxy A3 and A5 coming soon to Europe, firmware now online

Samsung Galaxy A3 shows up in hands-on video

Samsung Galaxy A3 with dual SIM support clears the FCC

Samsung Galaxy A5 and Galaxy A3 with aluminium unibodies leaked again …

Samsung’s A series phones to feature LTE connectivity, Galaxy A7 …