Exclusive: This is the Samsung Galaxy A5 (SM-A500F)

With the Galaxy Alpha one of the most interesting (and good-looking) smartphones Samsung has ever produced, we’ve been looking forward to see what the company comes up with in its new A series of devices. We exclusively confirmed that the SM-A500 would be the first of three handsets in the lineup, and today, we can confirm that it will be launched as the Galaxy A5. We also managed to grab hold of some pictures of the device in its flesh, and as you can see, the design is similar to the Galaxy Alpha, though naturally it isn’t looking as premium since it will be launched as a mid-range device.

We earlier said that the Galaxy A5 would feature a full-metal body, but according to our insider, that might not be the case. Apparently, the phone isn’t made of plastic or metal, but a material that “feels cold in the hand,” unlike the Galaxy S5 or the Galaxy Alpha. Metallic devices often feel cold to the touch, but it’s possible Samsung is using some unique (read: not to standard) material in order to keep the device’s cost down while still maintaining a somewhat premium feel.

In terms of hardware, we are once again told that the Galaxy A5 features a 5-inch HD Super AMOLED display, a 13-megapixel camera, and the newest version of TouchWiz as seen on the Galaxy Note 4. Other specs include a Snapdragon 400 processor, 2,330 mAh battery, 16GB of expandable storage, and a 5-megapixel front-facing camera.

Check out the Galaxy A5 in the pictured down below, and be assured that we will pass along any more information that we come across for this device. 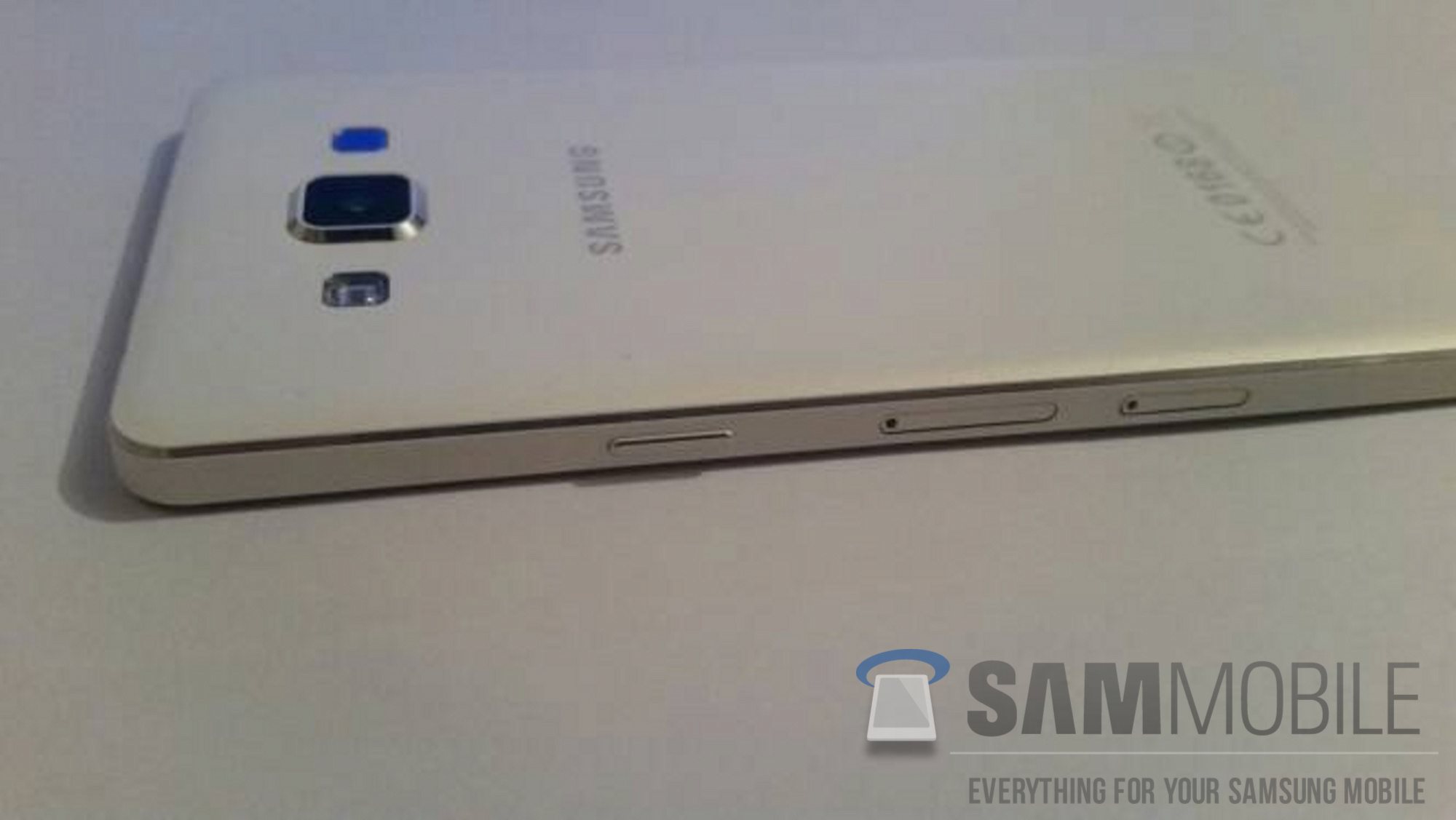 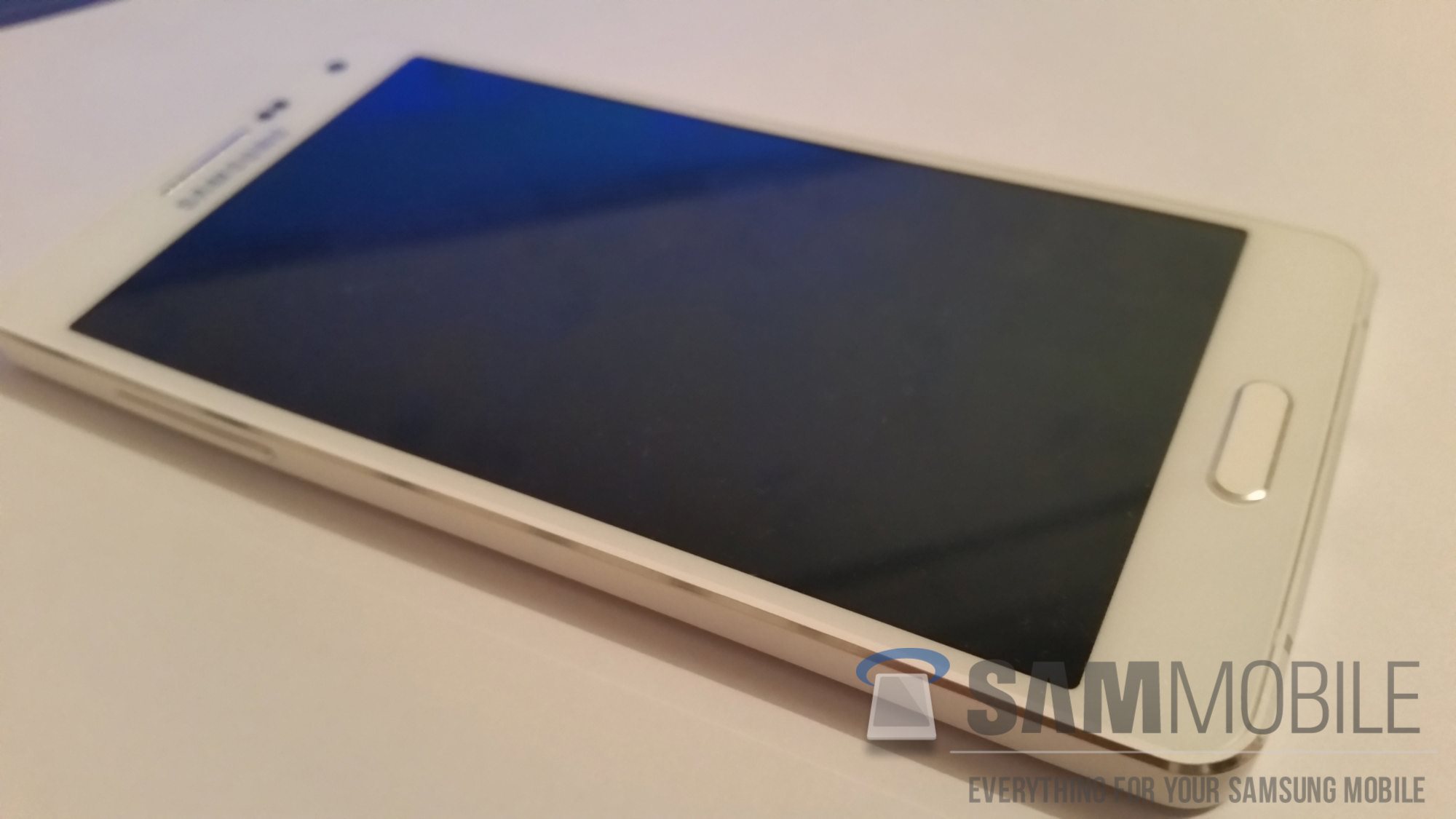 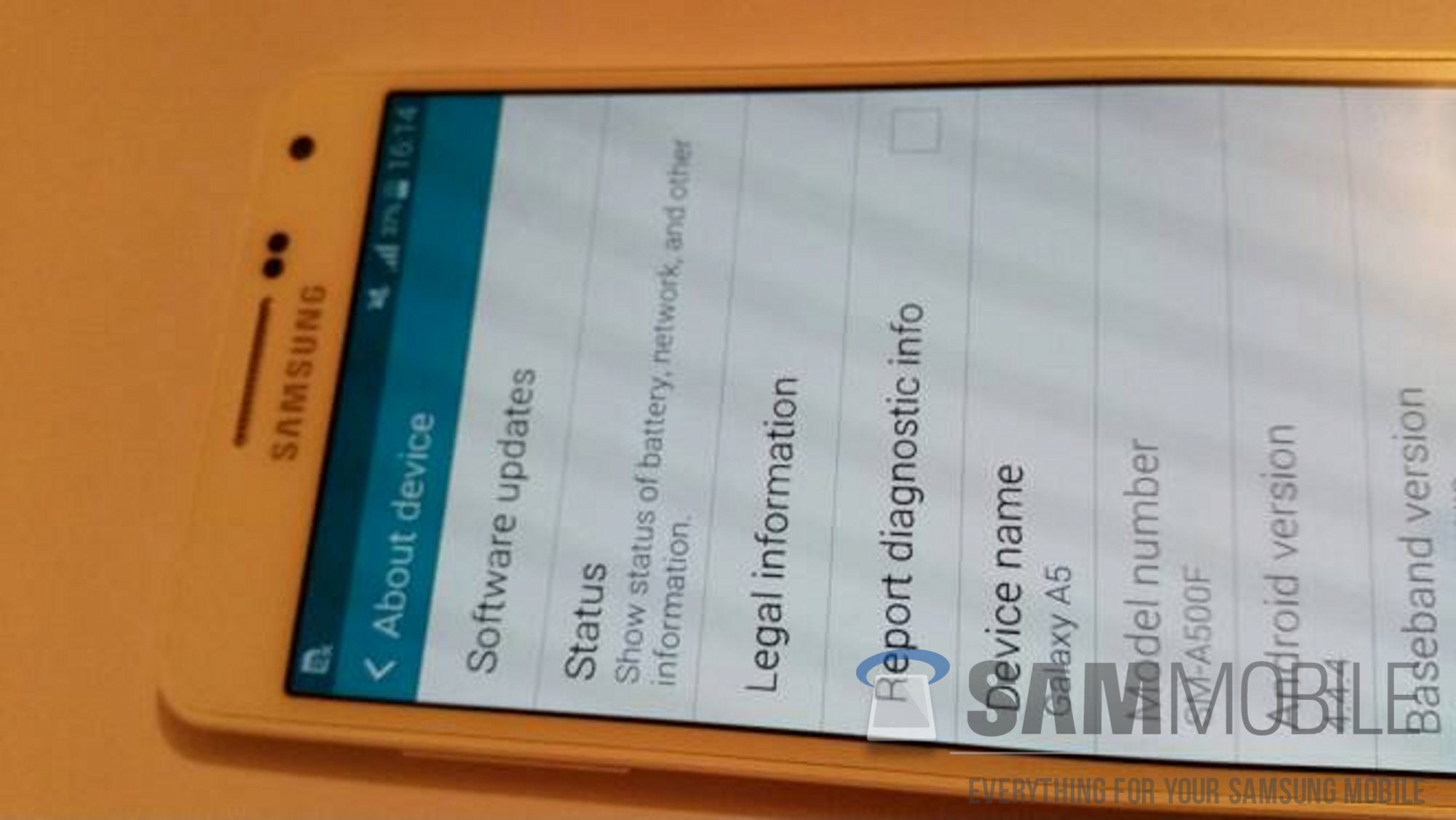 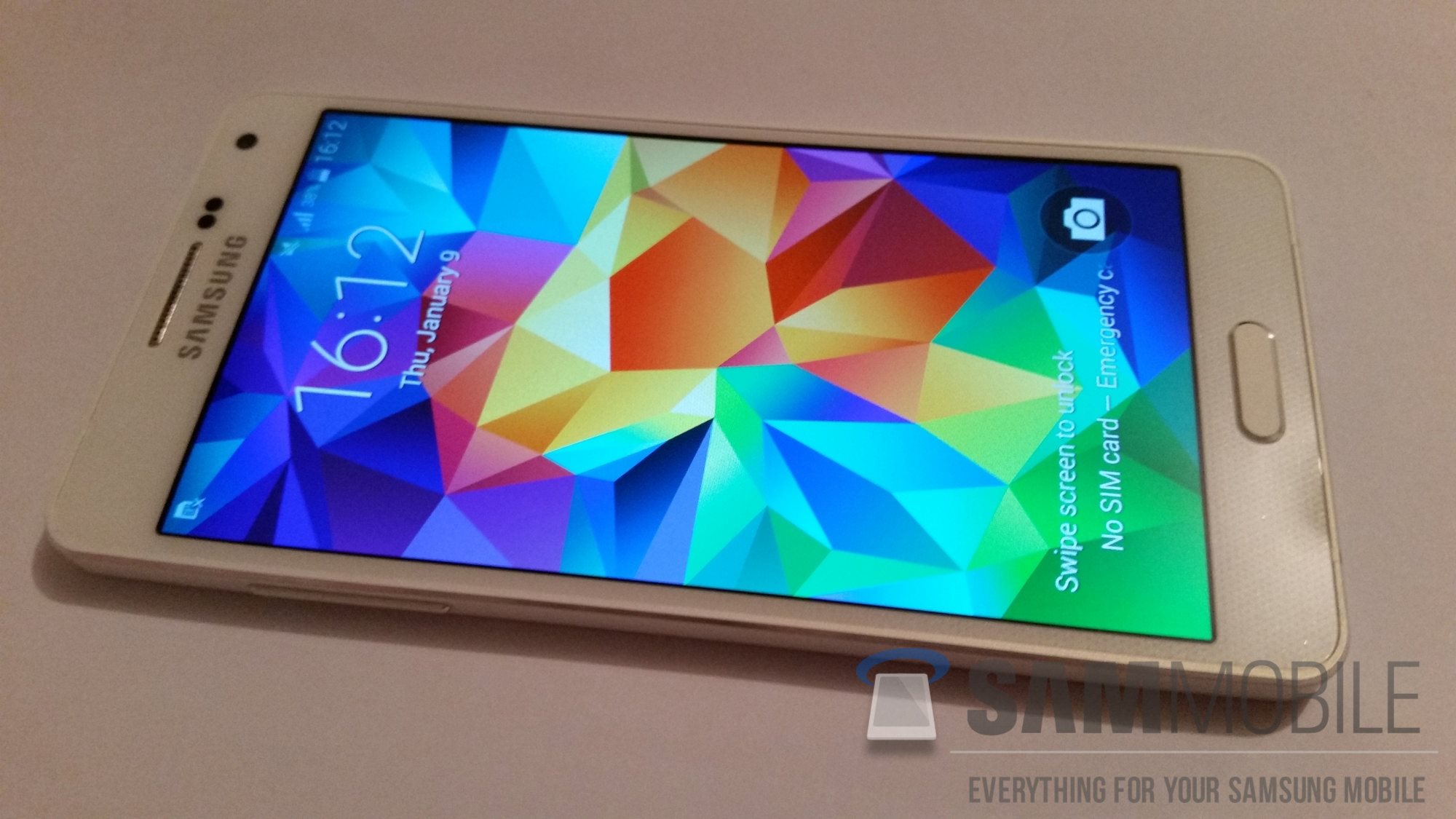 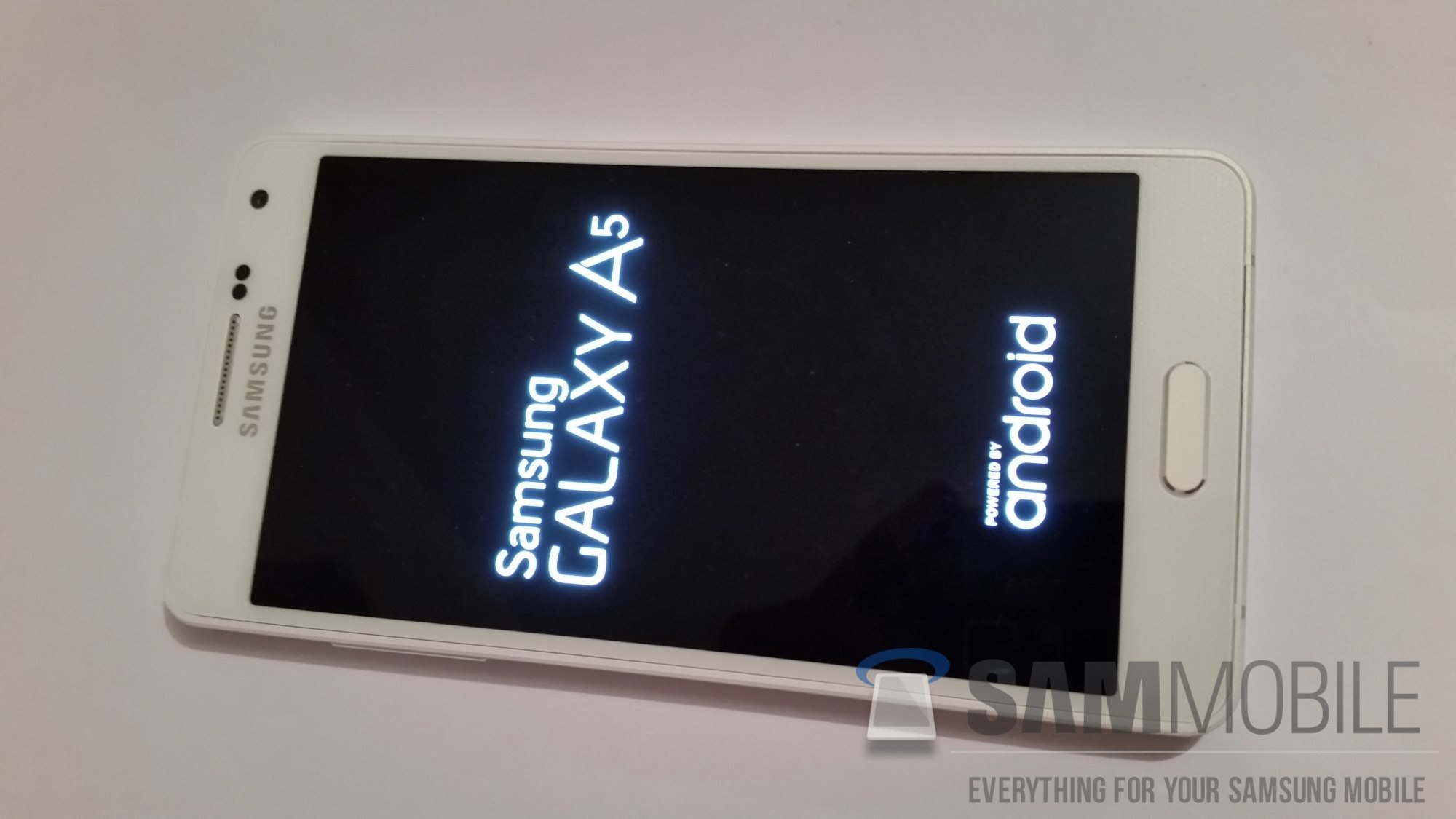