A Samsung tablet with a 4K Ultra HD display might be coming to market sooner than you think. Actually, whether or not it might come to market, Samsung already has a tablet with a 4K display in the wild – at a Qualcomm event at the French Open in Paris, the chip maker used a 12-inch Samsung tablet to showcase LTE broadcast, and according to TechRadar, the tablet’s display was a 4K unit. Apparently, the video being broadcast on the device was only 720p, but the advantage of the immense display resolution was revealed when additional windows were opened over the top of the video stream, which no doubt made use of the immense resolution to offer more details on screen than lower-resolution displays.

The 4K tablet prototype was reportedly powered by a Snapdragon 801 chip, and looks like Samsung’s Galaxy NotePRO 12.2, which sports a similarly sized screen. Qualcomm has previously said that 4K tablets would be available by the end of 2014, and it certainly looks like Samsung could be among the first companies to launch such a tablet. There probably won’t be one on display (pun intended) at Samsung’s upcoming Galaxy Tab S announcement event, but we can certainly hope to see one in the coming months. 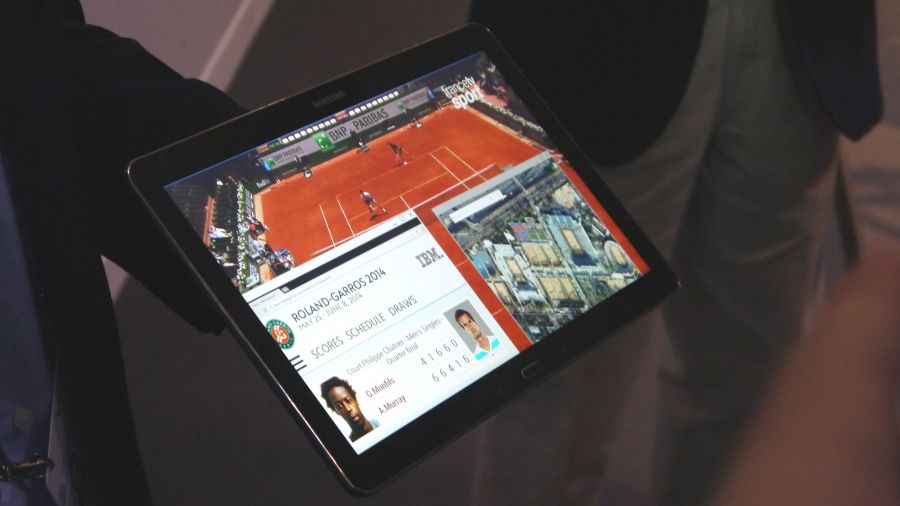 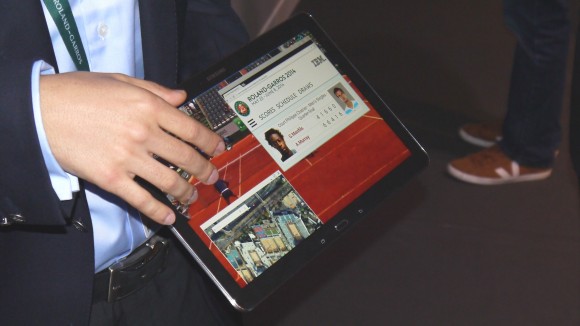 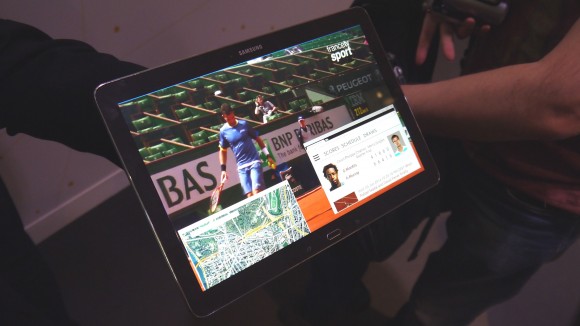