The Galaxy Grand Lite has been creeping its way towards a market launch surely and steadily ever since we got insider information on its existence, and now the device – which will launch in markets as the Galaxy Grand Neo – has been detailed thoroughly through a leaked internal doc obtained by GSMArena. The Grand Neo will sport a 5-inch WVGA (480×800) display, and run off a 1.2GHz quad-core Cortex-A7 processor accompanied by 1 GB of RAM.

The rest of the hardware includes a 5-megapixel rear camera, VGA front-facing camera, 8GB of internal storage expandable via microSD slot, WiFi 802.11 b/g/n, Bluetooth 4.0, HSPA+ (21mbps), Wi-Fi Direct, micro USB, GPS (with GLONASS support) connectivity, dual SIM slots (market-dependent), and a 2,100 mAh battery. It’s pretty much the same hardware that powered the original Grand, but on the software front, the Grand Neo will run on a newer version of Android. Sadly, it’s not the latest version, not even the one before that – the Grand Neo runs on Android 4.2 Jelly Bean, which is now more than two Android versions old.

Another worrying factor about the Galaxy Grand Neo is the price. According to GSMArena, the phone will be priced at EUR 299 in Europe. That is rather steep, and it makes us wonder how Samsung hopes to the grab the market with its “Lite” devices with such high prices for such mediocre hardware. However, considering the Galaxy Grand 2 sells for less than EUR 299, and also the 100 Eur price tag of the Galaxy Tab 3 Lite, the actual price of the Galaxy Grand 2 will likely be much less when it launches sometime in the first week of February. 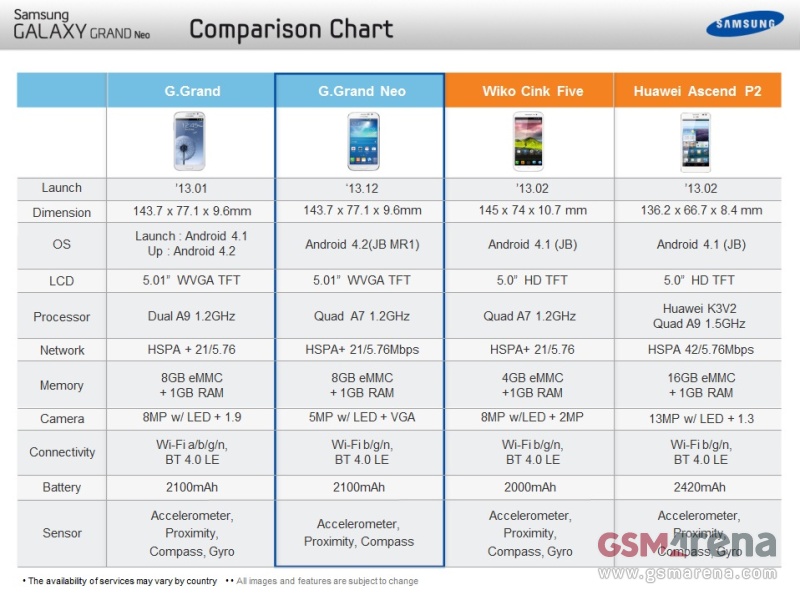 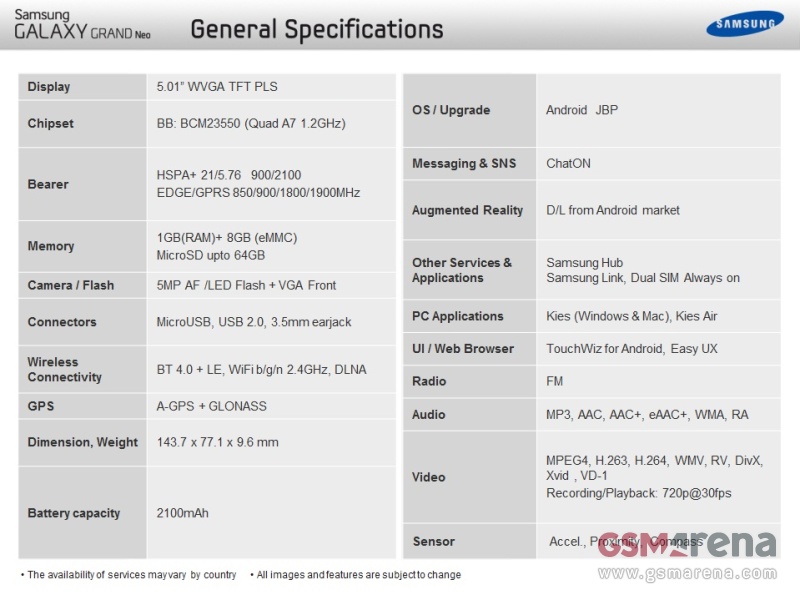 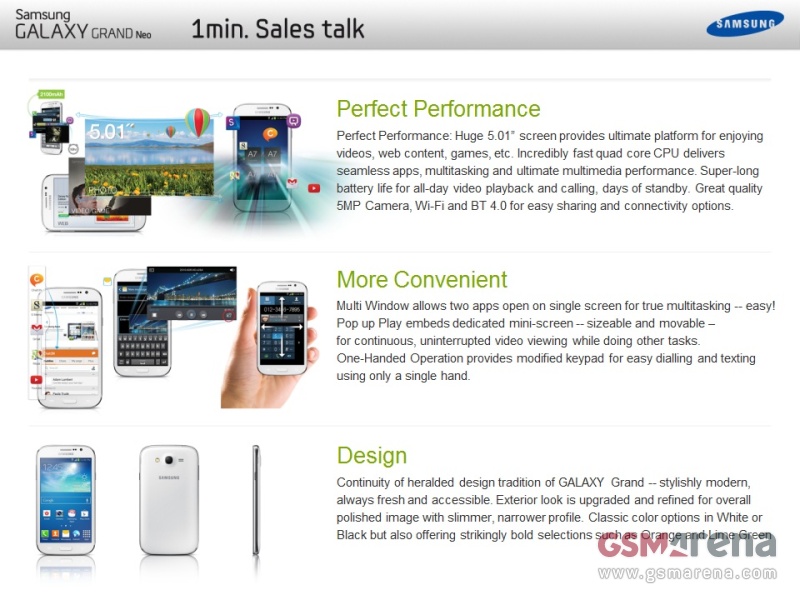 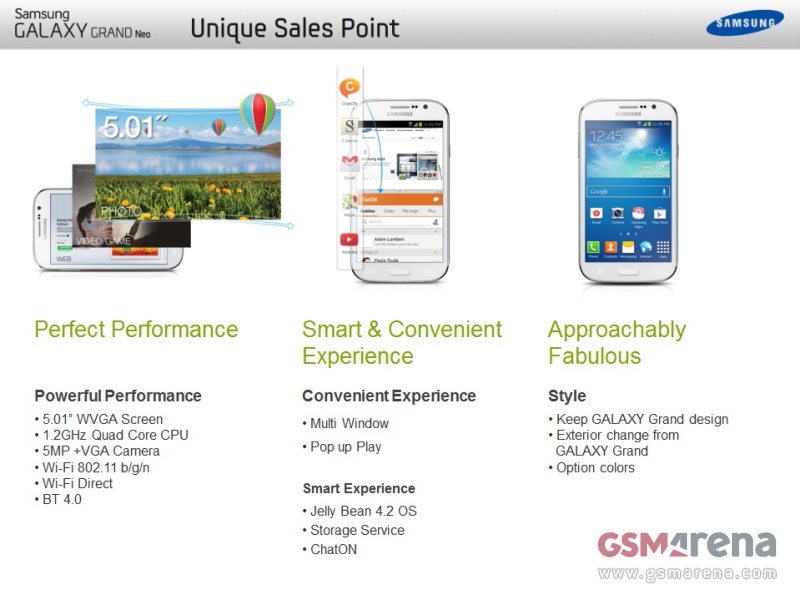