We confirmed the existence of the Galaxy Grand Lite earlier this month, and now the FCC has decided to offer some shelter to the device, bringing it one step closer to its expected launch sometime in early February. The FCC filing confirms a 2,100 mAh battery but doesn’t reveal much else, but according to our insider, the specs include a 5-inch WVGA (480×800) screen, 1.2GHz quad-core processor, 1GB of RAM, 8GB of internal storage and a microSD slot, a 5-megapixel camera, and Android 4.2 or newer.

Since it’s a phone aimed primarily at emerging markets, dual SIM functionality was expected as well, and the FCC documents seemingly confirm this through the “DS” text in the model number. The Galaxy Grand Lite will be launched in white, “Midnight Black”, “Lime Green”, and orange, and Samsung will be showing off the device at Mobile World Congress in late February. 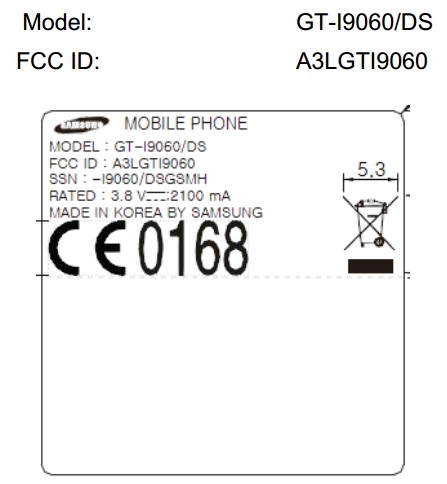 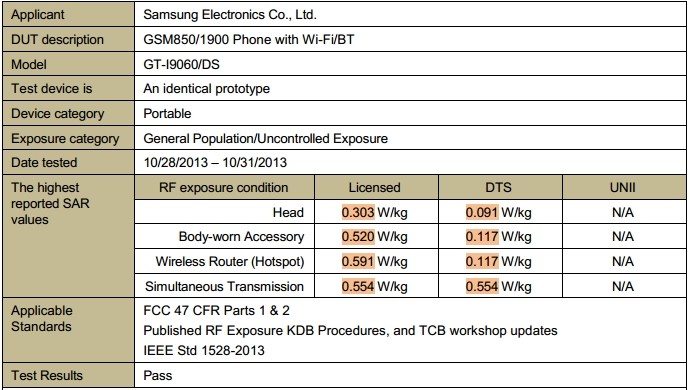