Flexible displays are already a reality on smartphones (even if they aren’t exactly flexible in the real sense), and Samsung is already looking at innovative ways to make use of transparent displays, which are currently in development but will take considerable time to make their way to actual devices. A patent application of Samsung’s describes how touch controls on the back of a device with transparent displays on both sides would allow for different functions to be carried out. 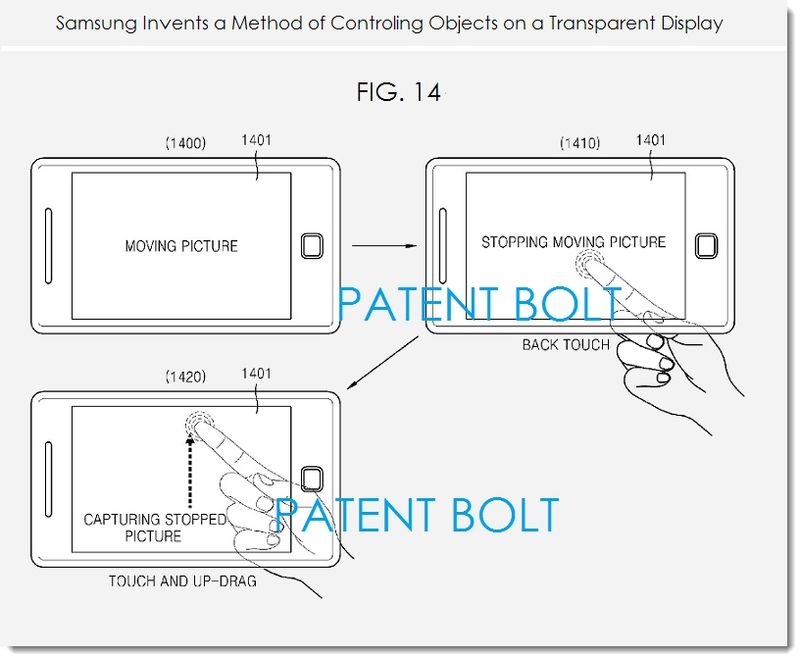 Furthermore, other functions, such as controlling a video or drawing a pattern to unlock the device, are also shown, indicating Samsung has put quite a lot of thought into how transparent displays with backside controls would make the experience a more convenient one. There’s no telling when we’ll see smartphones with transparent displays crop up in the market, but whenever that is, Samsung will likely be a step ahead of other display makers, something that isn’t exactly new for the Korean manufacturer. Hit the source link for more details on the patent.