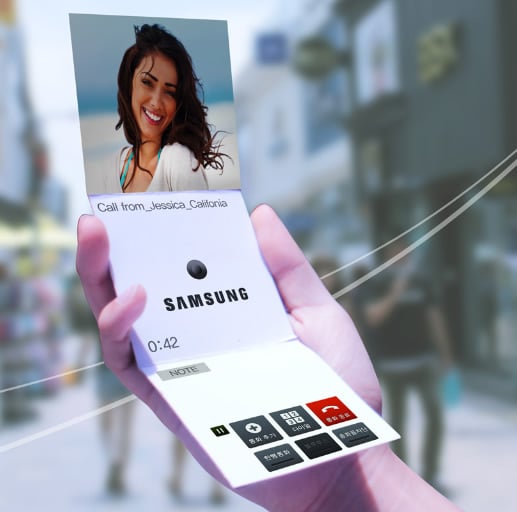 Samsung’s Analyst Day in South Korea wasn’t only about the presentation from key Samsung executives. In fact, a report by Wall Street Journal claims, investors got a glimpse of the future at the closed door conference where reporters were banned from attending it and the investors, prohibited from taking any photographs.

The conference showcased some concept versions of foldable mobile phones with one analyst describing couple of devices on showcase.

According to Jae H. Lee, an analyst with Daiwa Securities, the first prototype was roughly the size of Galaxy S III and could be “folded in half from top to bottom.” Lee also described another device that transformed into a tablet device and was the “size of a lengthy wallet.”

Although we are few years away from seeing such displays in our regular lives, the future with flexible displays does sound exciting. Don’t you think?