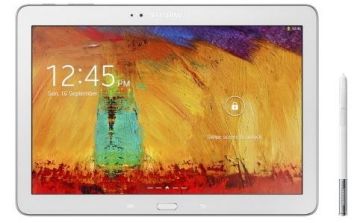 Samsung’s most powerful and feature-packed tablet yet, the Galaxy Note 10.1 – 2014 Edition, is now available in the US from retailer Amazon. The mighty 10-incher is priced at $549 for the 16GB variant, and $599 for the 32GB variant, both Wi-Fi-only models available in black and white (only white for 16GB). Shipping is free of charge, and orders will start going out immediately.

Samsung’s unique bean-like wireless earbuds, the Galaxy Buds Live, have hit a new low price. As some of …

Galaxy M33 is coming to India soon, Amazon customers can win it for fr …

Samsung is preparing the Galaxy M33 5G for release onto the Indian market. Leaks and teaser images over the pa …