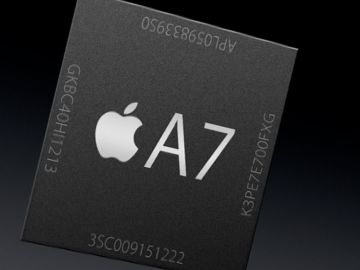 One of the most talked about feature of the new iPhone 5s that Apple recently announced was its A7 chipset, which, apart from offering almost 2x faster performance over the A6 in the iPhone 5, is also the first mobile processor to be 64-bit compatible. Apple was initially rumored to have replaced Samsung by TSMC to build this A7 processor, but it looks like that deal is yet to be finalized, as the chip found inside the iPhone 5s in a recent teardown was revealed to have been manufactured by Samsung.

This continues the tradition of Apple and Samsung being firm (well, almost firm) friends when it comes to doing business related to hardware parts for Apple’s iPhone. It’s not surprising, since Samsung is one of the most resourceful chip manufacturers today, but considering the patent rivalry that the two are constantly embroiled in, it’s still something that continues to be funny after all this time. Partners on the inside, enemies on the outside, that seems to be the motto for Apple and Samsung.