There’s a saying that goes like “people who live in glass houses shouldn’t throw stones at other people houses” but it seems like Nokia did throw a big stone with the latest image published on their German subsidiary Twitter account. Nokia who recently sold their device and service business to Microsoft tries to mock Samsung and the latest version of Android, that goes by the name KitKat.

We’ll give Nokia some credit to attempt something like this but guys try a hand at selling more phones than piggybacking? 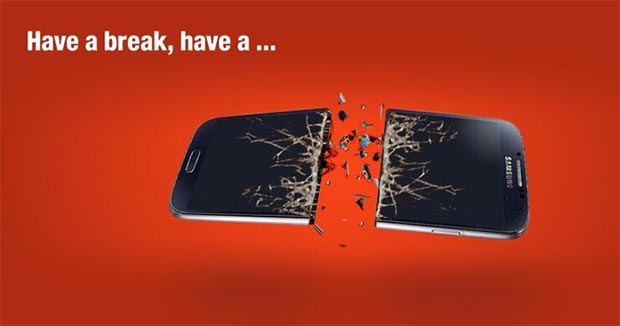 More news »
Samsung heir Lee could end up being arrested once again By Adnan F.|1 month ago
Samsung and AMD could end up powering the next Nintendo Switch By Adnan F.|2 months ago
A look back at Samsung’s most notable mobile products of the decade By Mihai M.|7 months ago
Samsung’s new green initiative puts the planet first By Sumit Adhikari|1 year ago
SamMobile Shop
Opinions More »
Galaxy A51 5G is Samsung’s best gaming mid-ranger but there’s one issue
4 days ago