A week after the Samsung Galaxy S4 introduction, Samsung hinted about a dust / waterproof Galaxy S4 edition. This edition came true under the name of the Galaxy S4 Active. A Galaxy S4 with almost the same specifications, only Samsung ”downgraded” the display, from Full HD AMOLED to Full HD LCD TFT and the camera from 13 megapixel to 8 megapixel. Now from the specifications side this wasn’t that special. The special thing was the different build, it looks better but is it better? Time to check that out! We had the opportunity to test the Galaxy S4 Active! 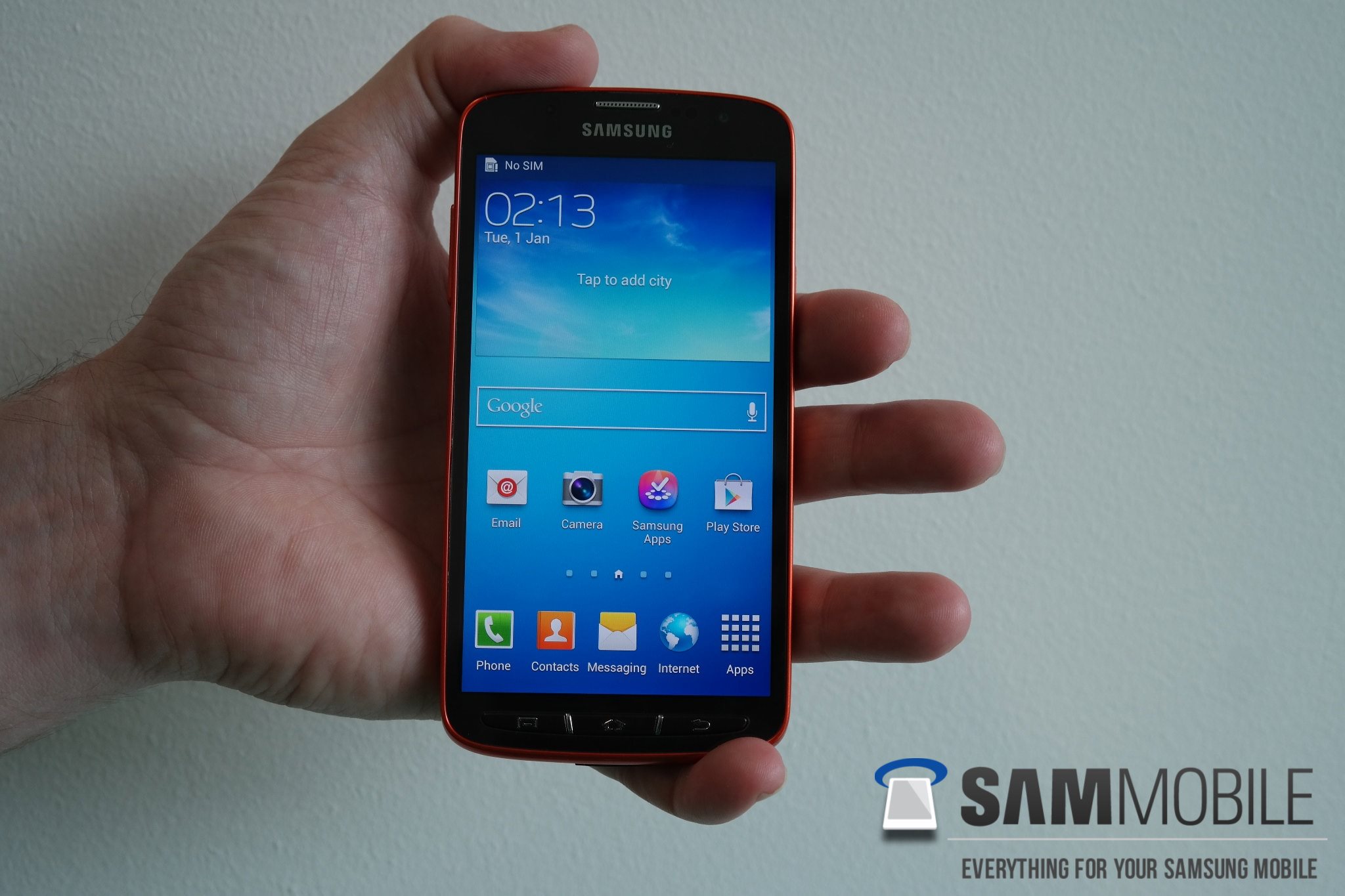 IP67 certification
The Galaxy S4 Active from Samsung has a IP67 certification. But what does this really mean?
IP stands for ‘Ingress Protection’ An IP number that is used to specify the environmental protection of enclosures around electronic equipment. These ratings are determined by specific tests. The IP number is composed of two numbers, the first are referring to the protection against solid objects and the second against liquids. The higher the number, the better the protection.

Now below you can find a couple of pictures of the interface from the Galaxy S4 Active. You can even toggle all smart functions on and off. 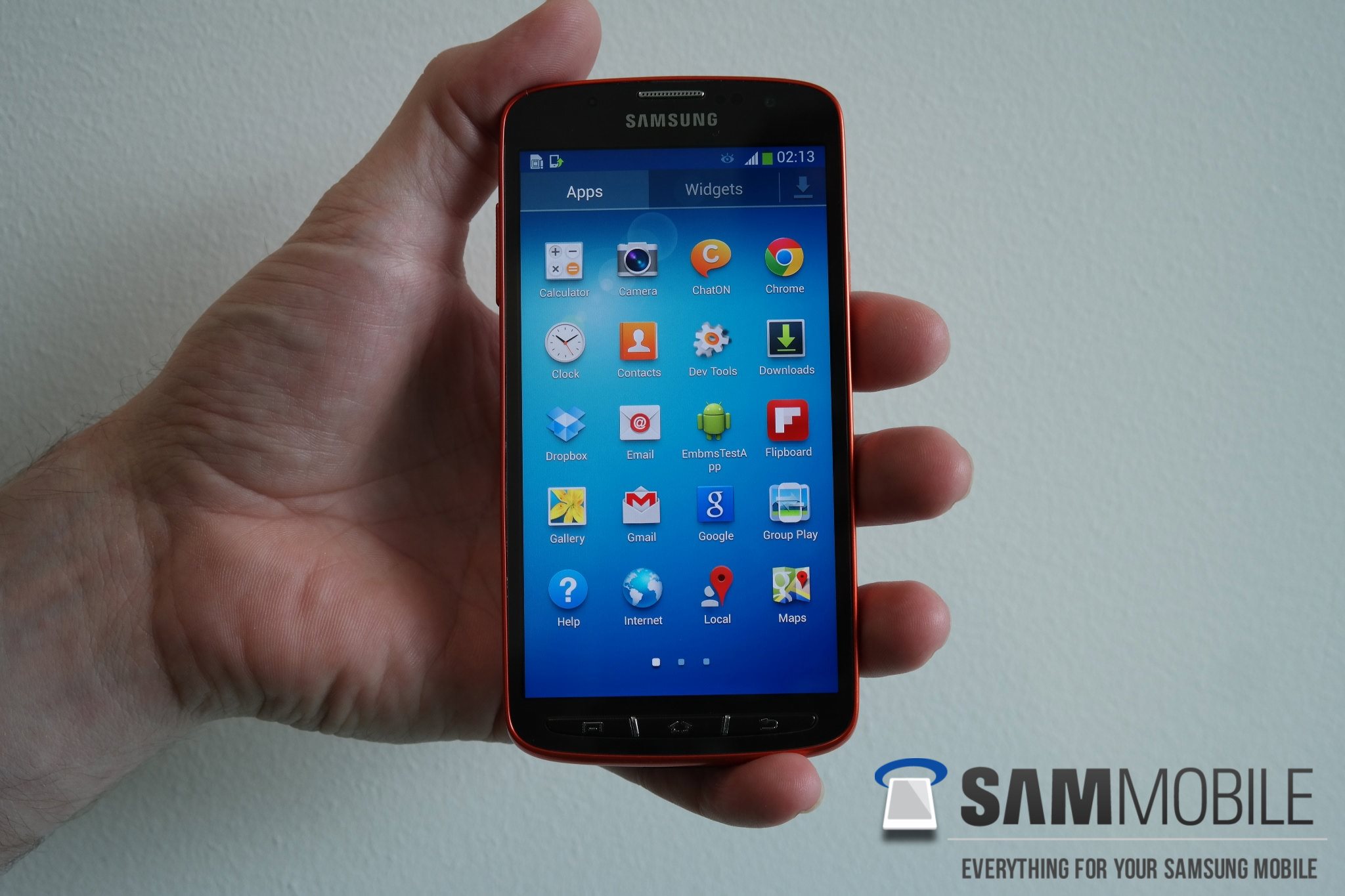 Screen – Multimedia
Instead of the 4.99” Full HD sAMOLED panel Samsung placed a 4.99” Full HD TFT LCD display with a pixel density of 443 PPI. Now for some of you this could be a downgrade. sAMOLED technology from Samsung is the best current display technology out on the market but since the TFT LCD panel is better readable outside we prefer this screen for this device more. Specially when we know the Galaxy S4 Active is for using the device outside. The screen self looks sharp/crisp and the white balance looks better. Only the blacks aren’t that black as with the Galaxy S4’s Amoled screen.

Now to show you how the screen looks like in direct sunlight or different views you could view the pictures below or check out our walk-through.

Based on multimedia the Galaxy S4 Active has all things as the current Galaxy S4. Which means we do not have a FM radio too. Samsung said people listen to the radio stations through applications or use YouTube to check out new music. If we want to speak for ourselves we do not use the FM radio either, but for people that do not have that big of a Data bundel this can be a problem. The Gallery has still the option to view it in spiral mode which makes the look of the gallery awesome. Other multimedia options as the mp3 player and the pre-installed google and Samsung applications were all present too, enough multimedia applications for everyone we expect. 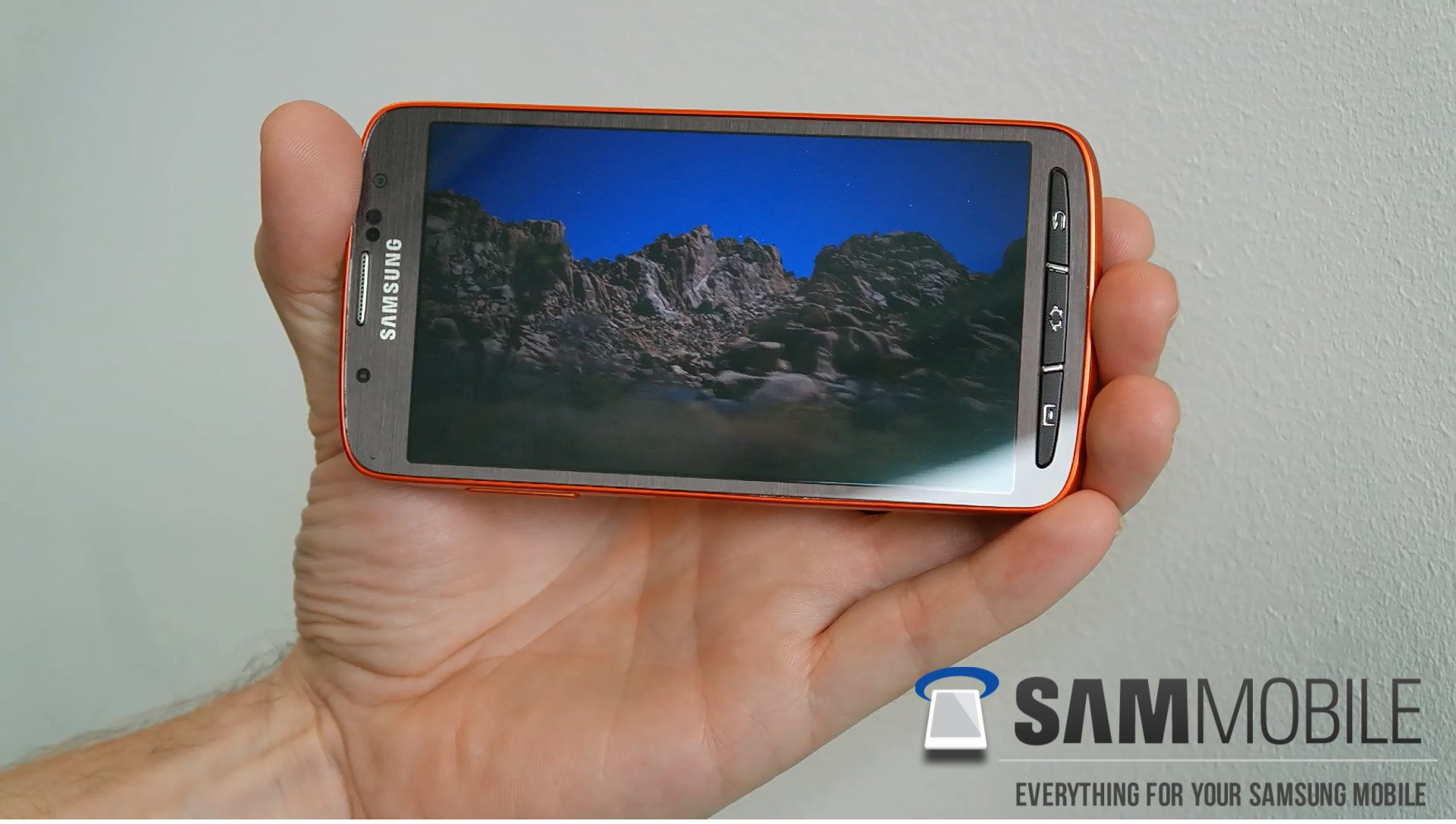 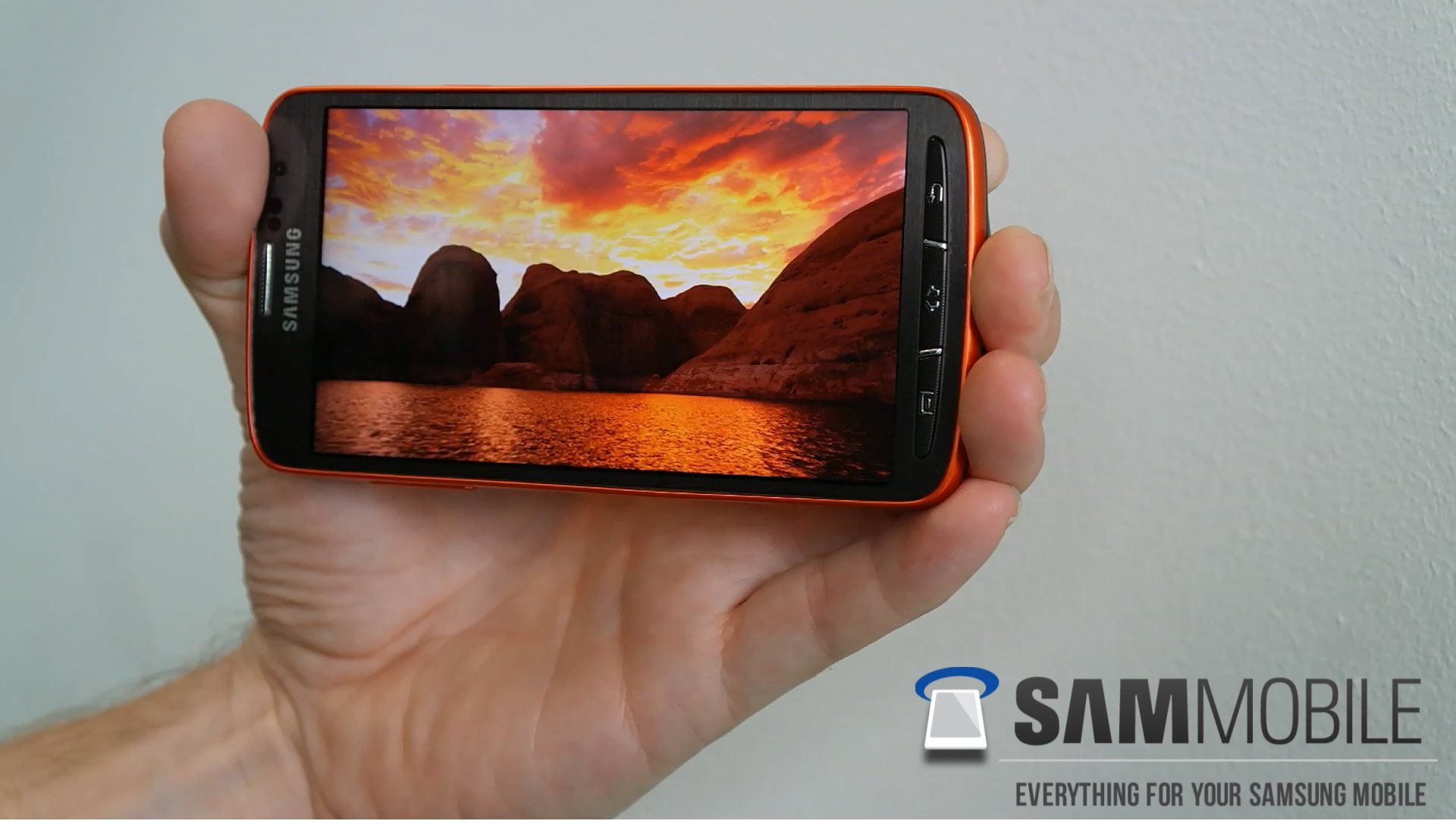 Camera
Samsung upgraded the software of the camera too in their new Touch-wiz interface. The software is completely the same as with the Galaxy S4 their flagship model. The Galaxy S4 Active has all the options like Sound & Shot, Night(Low Light Shot), Best Photo, Best Face, Beauty Face(include Live Beauty), HDR (High Dynamic Range), Panorama, Sports, Continuous Shot. Specially for the Galaxy S4 Active Samsung added Aqua Mode. thanks to Aqua Mode you are able to record and shoot photo’s under the water. Which is something really awesome! You can do this to 1 meter of depth. Guess what this can be pretty nice when you go on vacation and you are swimming between some beautiful fishes. Now cause we had a pre-release product we weren’t allowed to test anything under the water, so we couldn’t show that to you. Even our firmware didn’t had the Aqua Mode yet. Now if you want to know more about the camera check the walk-through or hit over our Galaxy S4 review! Below a couple of photos created with the Galaxy S4 Active!

Performance
In the Galaxy S4 Active Samsung uses the snapdragon 600 processors, this is a Quad-Core processor clocked at 1.9 GHz. Now cause we had a test firmware we didn’t wanted to test the benchmarks. we had no problems or lag with scrolling through the menus with the Galaxy S4 Active. The interface feels snappy and the performance looked to be OK. We believe since these quad-core processor are in most smartphones, the people wouldn’t see the difference anymore. This is something good, in the future processors are more needed for heavy gaming on your smartphone or watching Full HD video’s. All in all the Galaxy S4 Active was fast enough for us.

Battery
The Galaxy S4 is powered by a 2600mAh battery. With the full HD screen and upgraded hardware, we assumed it to would be extremely power-hungry but the battery performance has been on par with other smartphones, lasting well over a day (though considerably less with heavy usage). It’s not as good as the Galaxy Note 2, but it’s certainly worthy of its semi flagship position. Of course, battery life deteriorates over time, but as the battery is removable, replacement/spare batteries can be fitted for a relatively little cost, increasing the lifetime of the device significantly. All in all the battery feels stable for a test firmware! 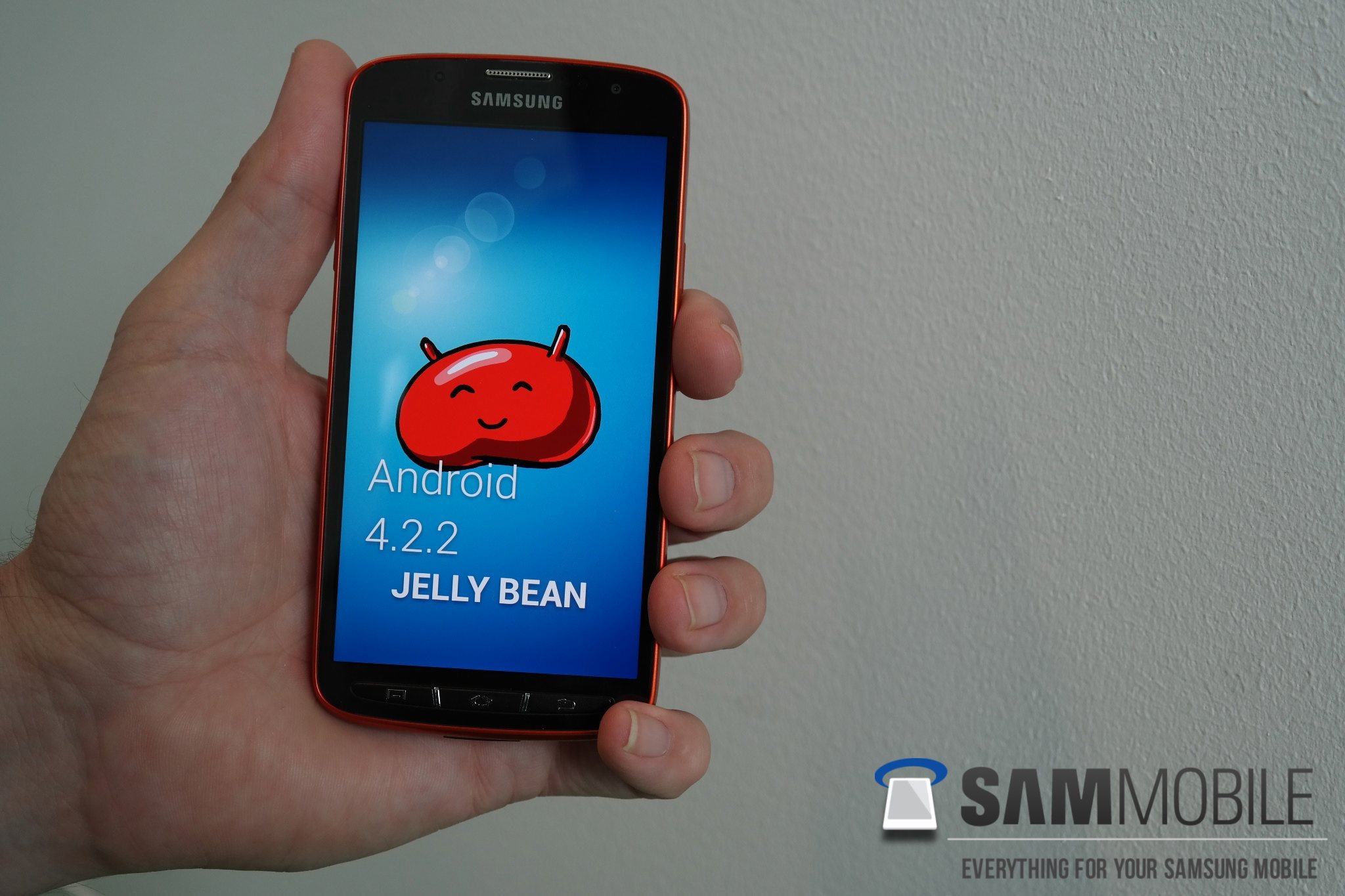 Samsung to focus on providing dustproof and waterproof features on its …