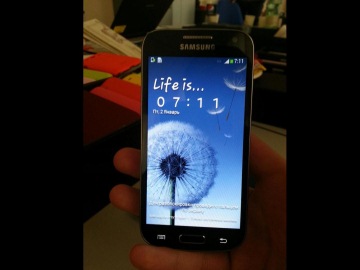 The Galaxy S 4 doesn’t come out until late April. It’s fast, has a big, bright screen, and will probably be another huge hit for Samsung, as will the S 4 mini that will go on sale soon after.