Samsung has begun sending the first invitations for IFA 2012 at Berlin.

Samsung has begun sending the first invitations for IFA 2012 at Berlin.
Samsung to announce something on Wednesday 29 augustes at 19:00.

This is probably due to the Galaxy Note II,because if you look closely to the invitation you can see a stylus.
According to the latest rumors the screen of the Galaxy II Note got slightly larger but the body a little slimmer than the original Note.
There are also rumors that Samsung will come with a flexible screen.
We of from SamMobile will be there  in the weekend of 1 and 2 September.
We can not wait to see the succesor of the Galaxy Note.

Last year, Samsung showed the Note and Galaxy Tablet with SUPER AMOLED plus and bada 2.0 with a few waves.
Last year at IFA they presented the Tab7.7 which they had to remove because of Apple, and now got banned in the whole EU.

So this year  therefore we expect the Note II and maybe that Tab with “Retina Display” that is rumored. 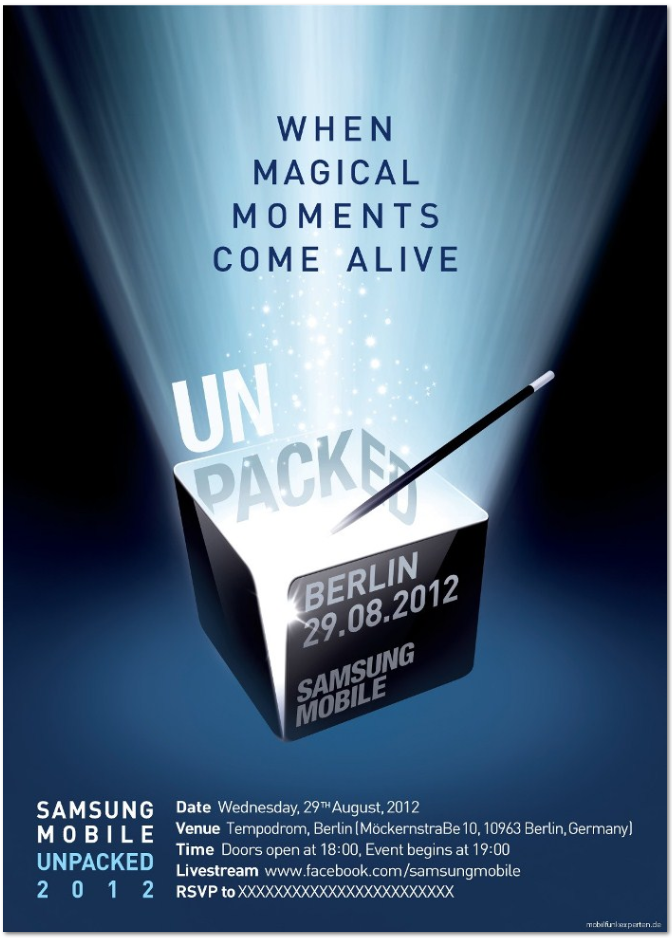