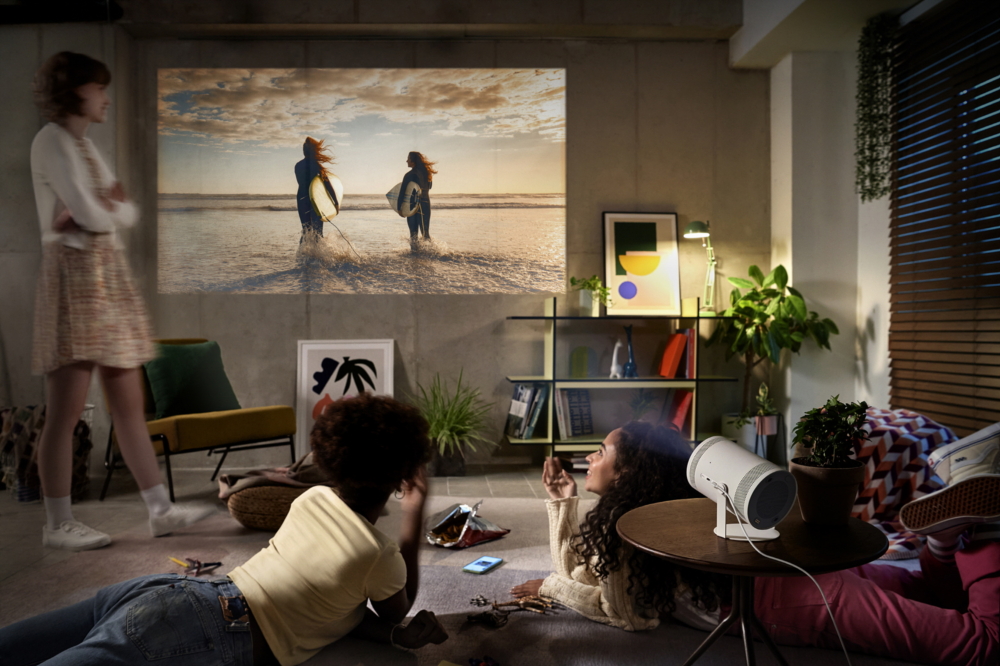 As many of you may have noticed by now, large markets like the United States tend to get the best Samsung deals. It may seem unfair to customers in smaller markets that don’t have the same purchasing power, but it is an inevitable reality of our economic system. However, exceptions to this unwritten rule crop up now and again, giving bargain hunters in smaller markets an opportunity to gain a lot more value for their money. And the latest deal by Samsung Poland on a couple of Neo QLED TVs is a good case in point.

Samsung Poland is now giving away The Freestyle projector with every QN800B and QN900B Neo QLED TV model purchased. Well, technically speaking, Samsung is selling Neo QLED TV customers The Freestyle for only $0.22 as a mere formality.

This is quite an incredible deal, which makes us wish it was available in more markets. The Freestyle is not just a simple accessory to be offered for free as an incentive. It’s a full-fledged portable projector powered by Tizen and commends a pretty price. Purchased separately, The Freestyle costs PLN 4,999 ($1,084).

Although The Freestyle can’t match the image quality of Samsung’s Neo QLED QN800B and QN900B TVs, it can complement fixed TV sets thanks to its portable nature. Neo QLED customers can adorn their living rooms with these traditional TVs, while The Freestyle allows them to take their entertainment along everywhere they go.

Check out our hands-on videos if you want to take a closer look at The Freestyle and the Neo QLED series. And keep in mind that the deal is valid until August 21.

Samsung wins Design Excellence awards for The Freestyle and BESPOKE

It’s that time of the year when Samsung rakes in awards. After winning the Smartphone Manufacturer of the Year and Smartphone of the Year titles, the company announced today that it earned four more prestigious awards for its efforts across the BESPOKE Home Appliance range and consumer electronics. More specifically, the 2022 Australian Good Design […]