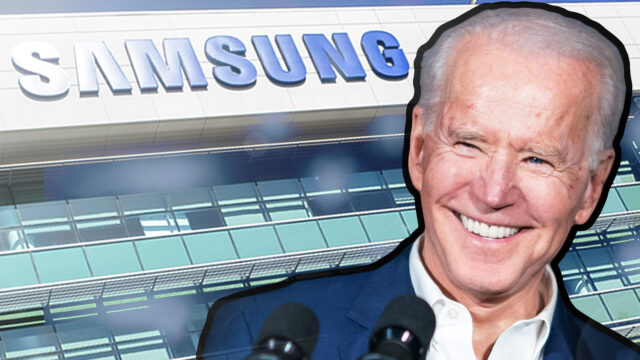 Black Friday sales appear to have exceeded early estimates in the United States. This turn of events has reportedly prompted U.S. President Joe Biden to hold another meeting with several representatives of major OEMs and retailers. Samsung Electronics America President and CEO KS Choi was one of the attendees at the White House on Monday.

Market watchers estimated that Black Friday sales would be higher by nearly a third compared to a year ago. Companies and retailers have done all in their powers to tackle the semiconductor shortage and global supply chain bottlenecks. But according to The Korea Times, citing White House Press Secretary Jen Psaki, “in-store sales were up by even more than that.” By how much is unclear, but it was enough to prompt another meeting at the White House in preparation of the holiday shopping season.

In light of Black Friday sales, the Biden administration is trying to ensure that there will be enough supply for customers throughout the holiday season. The President asked Samsung Electronics and other attendees about their preparations for the rest of the year and whether they’ve prepared, innovated, and hired new personnel to keep in-store shelves supplied. Samsung was accompanied by executives from Best Buy and Walmart, among others.

Samsung’s strategy this Black Friday involved numerous discounts for flagship phones, including the Galaxy Z Fold 3 and Galaxy Z Flip 3, as well as other types of devices, from smart wearables to home appliances.