Global notebook shipments are likely to top new records this year, with market research firm TrendForce estimating that shipments will reach a whopping 236 million units before the end of 2021. Demand will likely decrease in the second half of the year, but even so, the global notebook market is projected to reach a new height.

Notebook shipments were up nearly 26% YoY in 2020, up from the usual ~3% increase steadily experienced in previous years before the COVID pandemic. However, as more people were forced to study and/or work from home, global notebook shipments in 2020 skyrocketed from 163.7 million to 206.1 million over the course of one year.

By the end of 2021, market watchers estimated that the global notebook segment should see a 15% YoY increase and top 236.6 million shipments.

Nearly 50% of Samsung’s global notebook shipments will be Chromebooks

TrendForce believes that Samsung and Apple will be the biggest players in the notebook space in 2021. They’re both expected to register the highest growth, but they’ll go about it in different ways.

Nearly half of Samsung’s notebook shipments this year are expected to come in the form of Chromebooks. In this sub-segment, Samsung’s biggest rival will be Acer.

Chromebook shipments are expected to “reach a historical peak” this year if the estimated 47 million units will be shipped and contribute to a 50% year-on-year increase. However, the US education notebook market is saturated, and the Japanese GIGA School program has also slowed down. It means that the growth of Chromebooks will largely depend on markets other than the USA as well as non-education sectors. 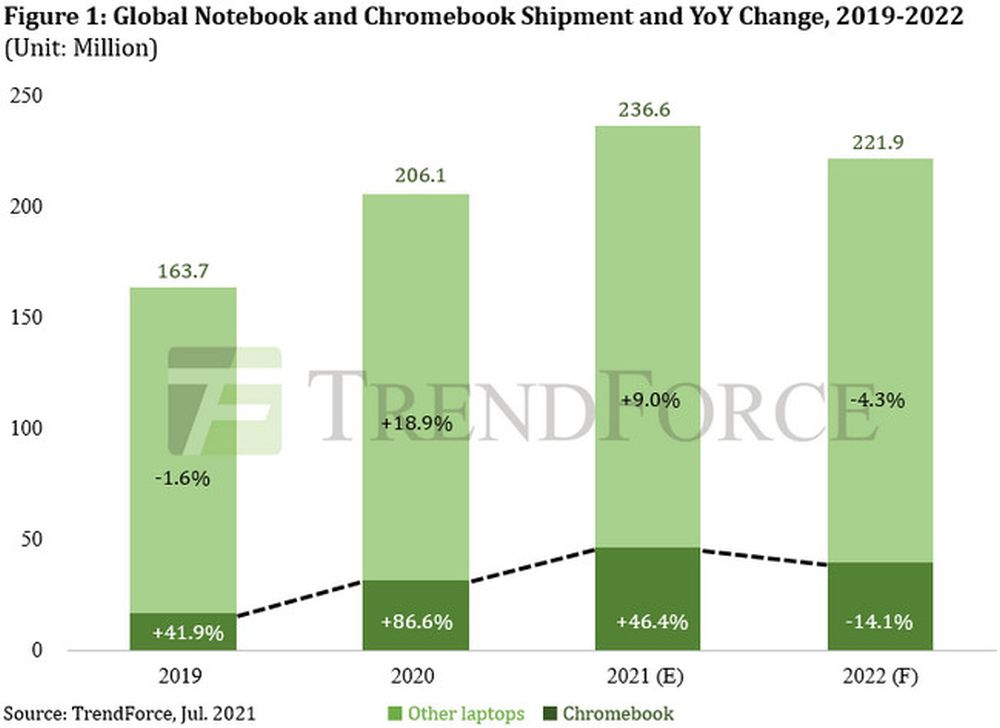