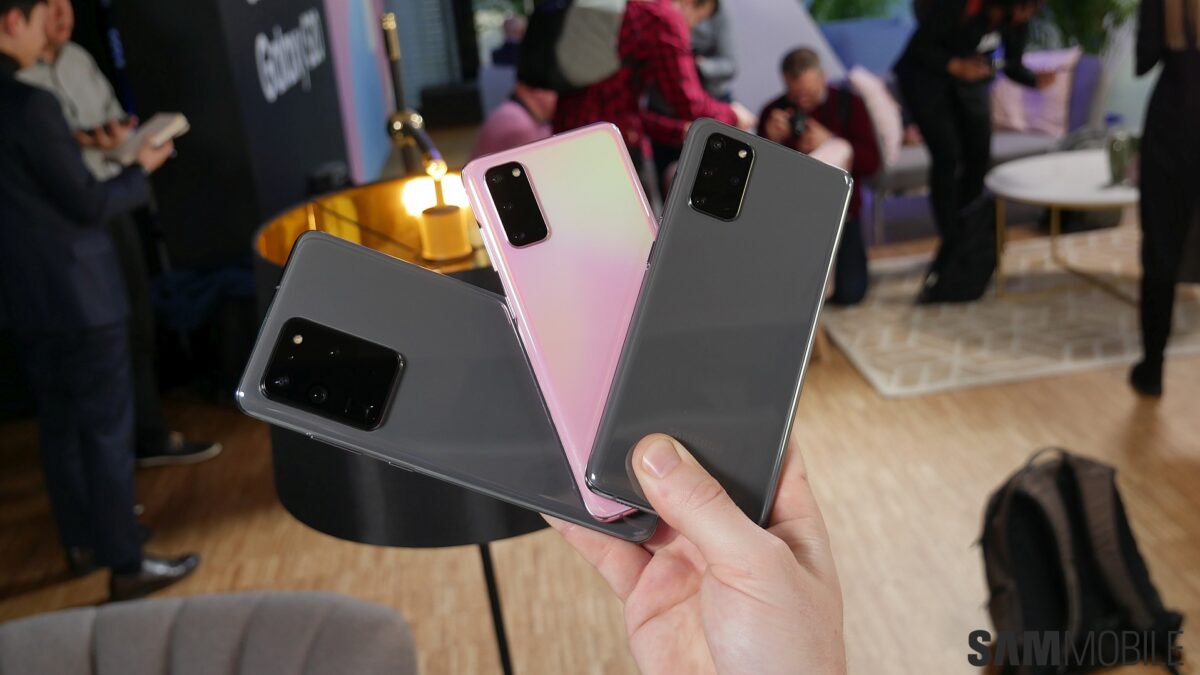 The latest Galaxy S20 update is now rolling out to devices running on T-Mobile and Sprint’s network in the United States. This update was initially released in other markets earlier this week and brings camera improvements and the May security patch. Some countries had already received an update with the latest security patch at the beginning of the month, but that firmware wasn’t made available to carrier-locked variants in the US.

Featuring software version G98xUSQU1ATE6, the new update adds a close-up zoom toggle to the Camera app. This toggle pops up when the camera is moved close to an object and, when pressed, sets the zoom level to 1.5x. Once set to 1.5x zoom, it also tells you to move the phone farther away if the camera is unable to focus on the subject. For Galaxy S20 Ultra users, it’s basically a workaround for the inability of the 108MP camera to get as close to a subject as the 12MP main camera on the Galaxy S20 and S20+.

Some users have also reported that autofocus on the Galaxy S20 Ultra is more consistent with the latest firmware and that fingerprint recognition feels faster, so it’s a pretty important update that you should grab immediately if you own a Galaxy S20, S20+, or S20 Ultra. You can do that directly on your phone by tapping Download and install in the Settings » Software update menu or by downloading the relevant firmware from our archive and flashing it on the device using a Windows computer.