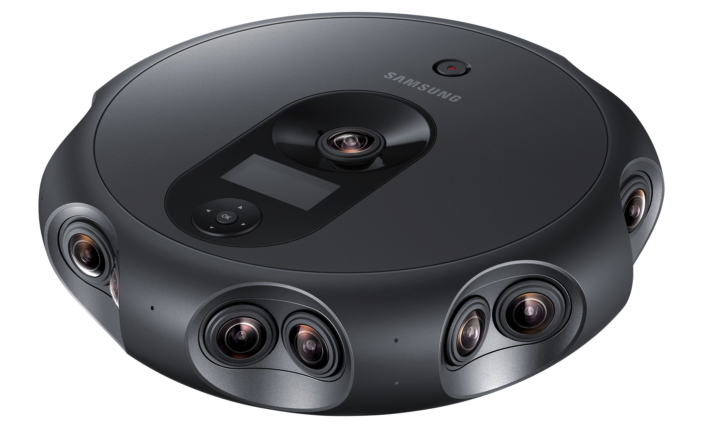 To assist in the recording—and consumption—of immersive VR content, Samsung has introduced a 360 Round camera that’s capable of both recording and streaming high-quality 3D content. Obviously, a device of such nature won’t be everyone’s cup of tea, which is why the firm’s marketing it towards enthusiasts and specialists who demand a “superior VR experience.”

The 360 Round camera sports seventeen lenses

“The growth of 360 content platforms, such as Samsung VR, Facebook and YouTube, as well as the spread of 360 videos through major media, has increased the need for high-quality 360 videos among VR professionals and enthusiasts,” said Samsung. “The 360 Round is the first product to meet these needs by combining high-quality, 360-degree imagery with advanced 3D depth at a reasonable price.”

Samsung’s metaverse ‘My House’ is a huge hit, topping over 4 million visits

Samsung entered the so-called “metaverse” last month through the ZEPETO platform with the release of “My House.” The latter is a virtual space in the ZEPETO metaverse that players can decorate using various Samsung Electronics products, furniture, fabrics, and more. Samsung released the platform at CES 2022, and it turned out to be extremely popular […]