It’s been revealed that Samsung has filed a patent in South Korea for a dual-lens camera configuration that takes advantage of a telephoto and wide angle lens. As outlined in the annotated diagrams found alongside the filing documentation, the former is capable of tracking any object that’s in the field of view of the latter to capture clear photographs in which the subject and background are both in focus.

The way it works is relatively simple, but extremely effective. The wide-angle lens scans for anything it deems to be an object. If it recognizes something that stands out from the background — like a car, person or plane–  it triggers the telephoto lens, which dubs the item as a subject and tracks it in real-time; enabling users to adjust their zoom and shooting settings accordingly without losing focus. 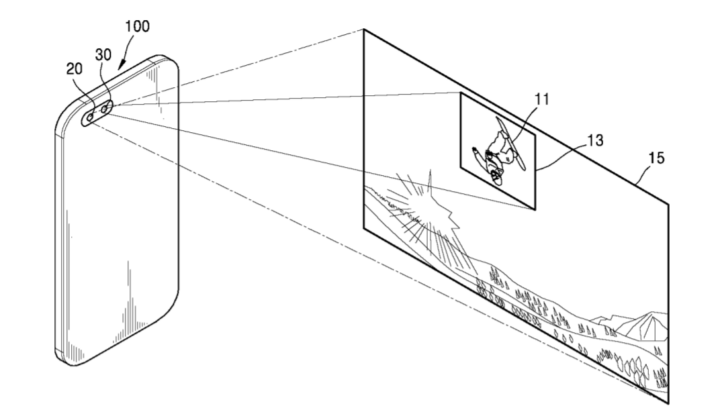 Many believe that the dual-lens technology Samsung has filed a patent for will launch alongside a dedicated Portrait shooting mode — similar to the one Apple debuted on the iPhone 7 Plus — which will allow users to capture images with an artistic depth effect, whereby the subject is in focus and the background is subtly blurred.

Unfortunately, it’s unclear when Samsung will implement the hardware on one of its handsets. Recent speculation suggests that it’ll be on board the much-anticipated Galaxy S8. However, rumors are now being bandied around claiming that it’ll be reserved for a high-end device dedicated to photography. Of course, only time will tell. We’re just happy to hear it’s on the way.