Samsung Z1 to come with WhatsApp out of the box?

WhatsApp is a company that has never shied away from making an official client available on even the least popular mobile OS. Be it Windows Phone or BlackBerry, or even Nokia’s feature phone OS S40, there’s an official WhatsApp client available on virtually every mobile platform. For anyone looking to buy Samsung’s upcoming Tizen phone, the Z1, the lack of apps will naturally be a limitation they will have to live with for some time, but it looks like Z1 owners will not have to give up on WhatsApp if they leave a more popular mobile OS behind.

Pictures released by Tizen Experts show a WhatsApp client running on the Z1, with the app expected to be loaded on the Z1 at launch. The app looks exactly the same as its Android counterpart, though since Tizen doesn’t officially support emulation for Android apps (if it did, Tizen would not be a very good alternative to Google’s dominant mobile OS, as developers would simply launch their Android apps instead of making native ones), we’re probably looking at a fully native client.

The Samsung Z1 is set to launch in India on January 18, and that is when we will find out whether prospective buyers of the device will have WhatsApp out of the box or if they will have to wait for the app to be released later on. 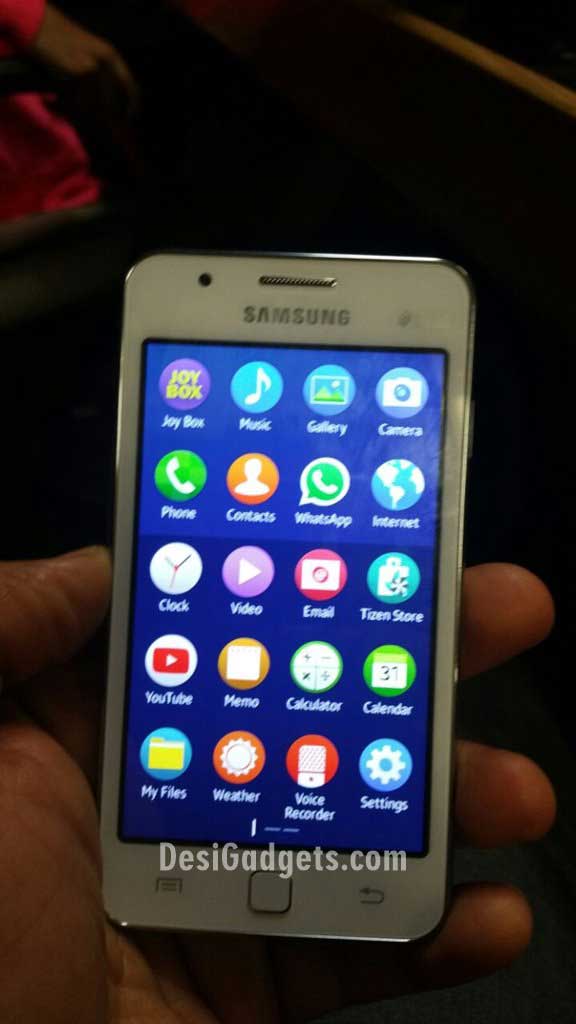 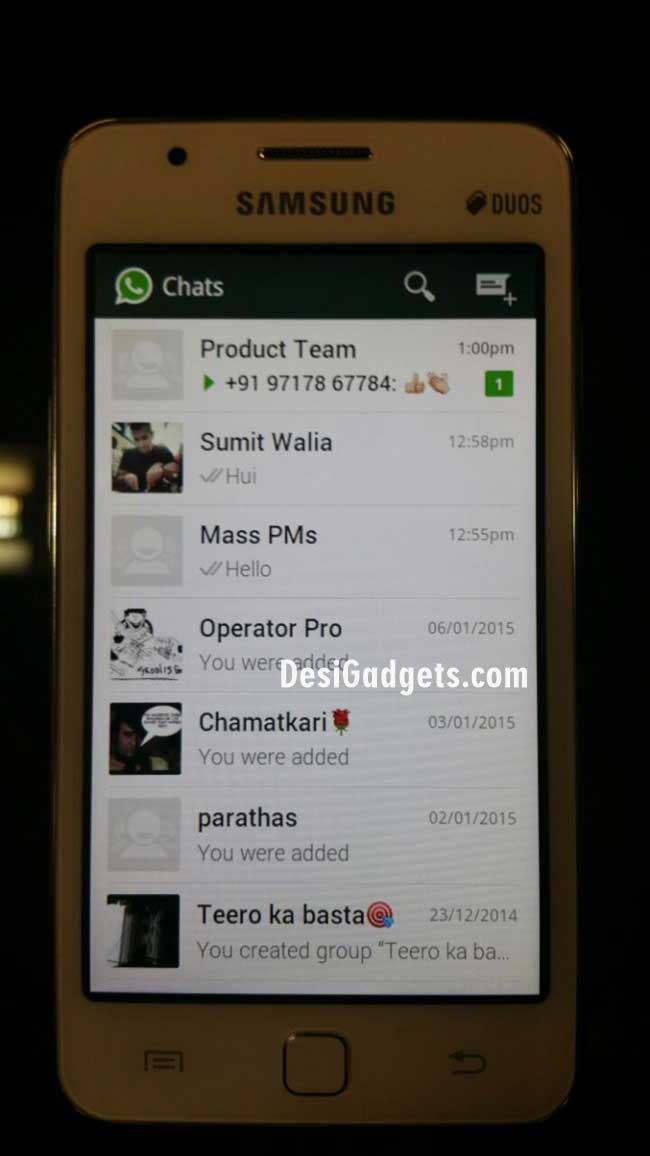