Rooting Samsung phones, at least the popular ones, is never too complex, unless you’re using a specific carrier variant. US carriers like Verizon and AT&T have made it a fashion to lock down Samsung’s flagship phones so tightly that achieving root access has become a cat and mouse game that sees developers trying every trick to try and get past whatever obstacles said carriers have put in place. Users of the AT&T and Verizon variants of the Galaxy S5 have been similarly waiting for getting root access all this time, but finally, the day has come when they can make their device truly their own.

XDA developer geohot – famous for jailbreaking iOS and Sony’s PlayStation 3 console – has released a hack called towelroot that roots the AT&T and Verizon Galaxy S5 (possibly grabbing a $18,000 bounty price for the achievement) through a few clicks, without tripping the dreaded flash or KNOX counters. In fact, the beauty of towelroot is that it exploits a vulnerability in the Linux kernel instead of something specific to Samsung phones, and can therefore theoretically root any Android device that has a kernel with a build date prior to June 3, with users reporting success on devices like the Galaxy Note 3 on AT&T and Verizon, the Galaxy S4 Active, and even Google’s Nexus 5.

Using towelroot is quite simple – all you need to do is download the APK file and install the towelroot app, then press the “make it ra1n” button to start the rooting process (and updating/installing the SuperSU app from the Play Store if necessary.) The source link has all the details, so if you’ve been waiting to unlock all them possibilities that come as part of root access, well, you know what you have to do.

Oh, and don’t forget to leave a comment and let us know if you were able to root a device other the Galaxy S5 and Galaxy Note 3 on AT&T and Verizon! 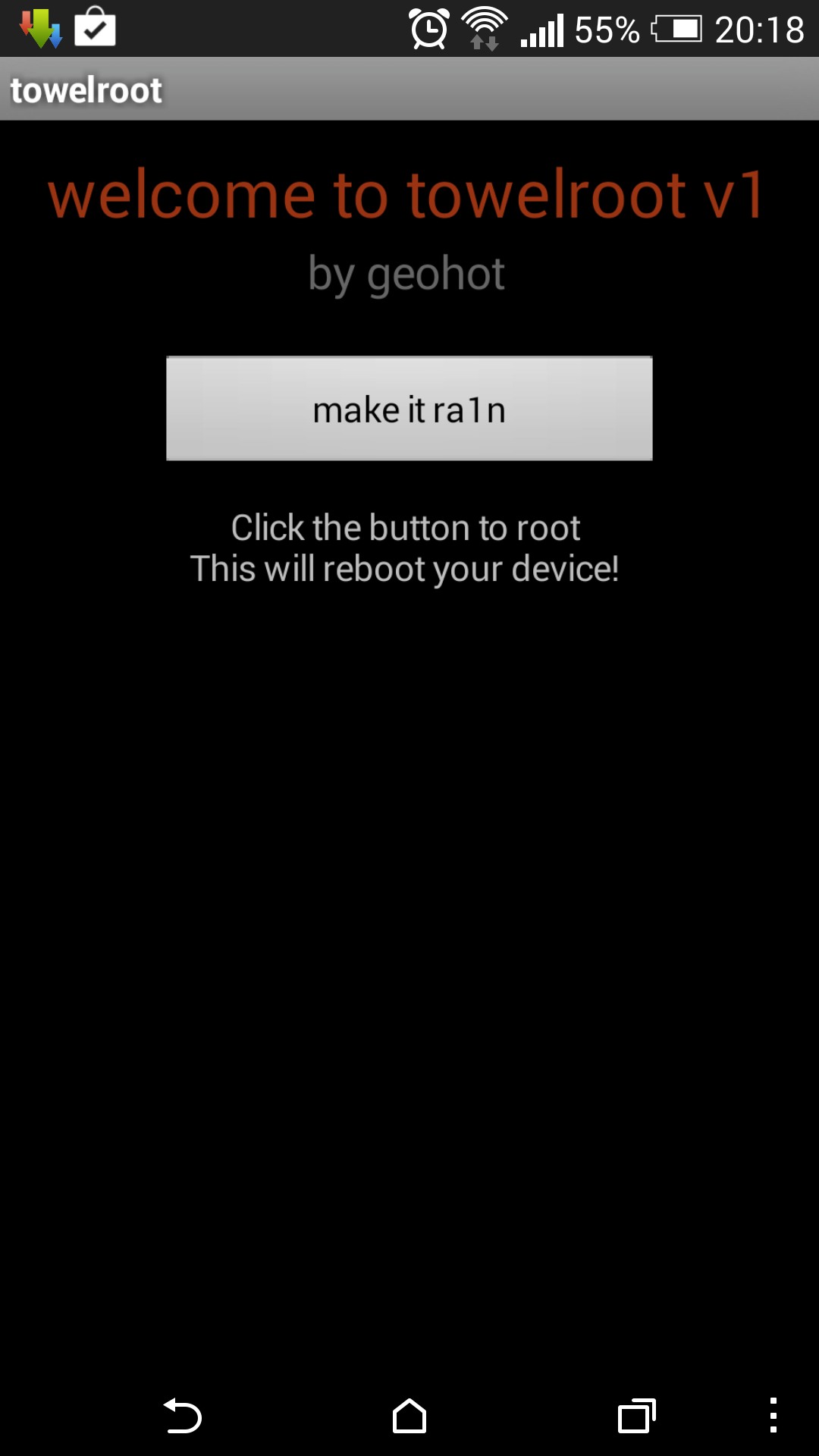