The Galaxy S4 Value Edition (GT-I9515), a device that we exclusively confirmed was in the works at Samsung, has taken a solid step forward on its way to market availability. The handset has been certified by the Bluetooth SIG a couple of days ago, which means Samsung should announce it in the near future, though like with other such knock-offs of previous devices, we’ll likely just see a quiet announcement on the company’s blog. Previous leaks suggest the Galaxy S4 Value Edition will be available in black, blue, red, purple, white, pink, and brown color variants, though we’ll no doubt see only the black and white variants at launch.

In terms of hardware, the Value Edition is similar to the flagship Galaxy S4 (5-inch 1080p display, Snapdragon 600 CPU clocked at 1.9GHz), but it runs on Android 4.4.2 KitKat out of the box (which means it should have a recent apps button in place of Samsung’s traditional menu key, as we’ve seen on the company’s new PRO tablets.) It’s unclear if Samsung will name it the Galaxy S4 Neo upon launch, but I guess we’ll find out before this month is over. 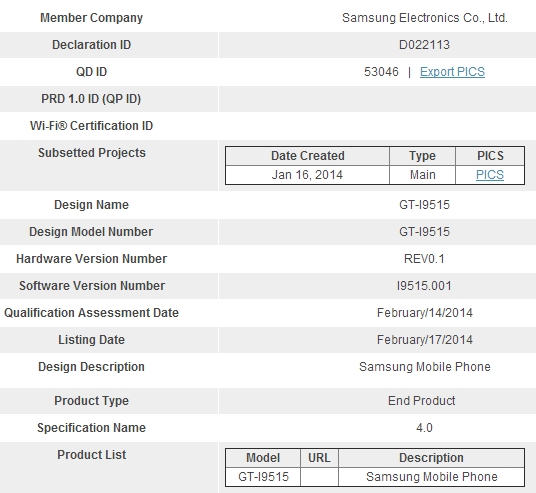