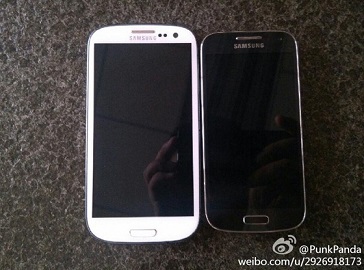 The Galaxy S4 Mini will have a 4.3″ Super AMOLED qHD display with a pixel density of 256ppi, a 1.6GHz Dual-Core CPU and a 5 megapixel camera. The device will be running on Android 4.2.2 with Samsung’s Nature UX 2.0. The Samsung Galaxy S4 Mini comes in a dual-sim variant as well, making it it available in two variants.

Below are the leaked pictures of the Galaxy S4 Mini:

Just two days ago, we showed you folks the Galaxy S4 Mini with some specifications of the device. And today, the Galaxy S4 Mini has made an appearance on Samsung’s official support website. Samsung’s website confirms that the device will be coming in 4 different variants. GT-I9190 = HSPA+ Variant with a Quad-Core CPU GT-I9192 […]