US Variants of the Galaxy S4 to be powered by Snapdragon 600, International variant to feature Exynos Octa 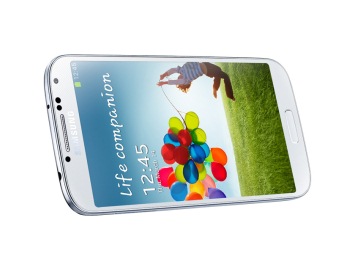 Yesterday, Samsung unveiled the next generation Galaxy S device, the Galaxy S4. Samsung revealed that there would be multiple versions of the phone produced running different CPUs, as was the case last year with the Galaxy S III. There was some confusion at the event as the Korean giant didn’t mention the exact processors the Galaxy S4 variants would be featuring. But, all the confusion has now been cleared.

Some European and Asian countries will get the device featuring Samsung Exynos 5 Octa (5410) CPU clocked at 1.6GHz with a PowerVR SGX 544MP3 GPU. As confirmed by Qualcomm, the U.S. variants of the Galaxy S4 will be packing a Qualcomm Snapdragon 600 CPU clocked at 1.9GHz with an Adreno 320 GPU. However, Samsung will start bringing Snapdragon versions to some European countries first because of LTE and later on bring the Exynos Octa variant as well.

These CPU configurations have already topped the Antutu benchmark charts, so we know the Galaxy S IV is a one powerful device!

Your country will get Exynos or Snapdragon variant of the Galaxy S 4, …

There are too many question about the processor of Samsung’s flagship model the Galaxy S 4. Samsung will …

Yesterday you could already saw a preview of the special Game Pad for Samsung Galaxy S4. Today game developer …

We have some bad new for all custom rom freaks out there! Famous custom rom maker CyanogenMod will not support …

Just last week Samsung announced the Galaxy S 4 and it has beaten every device on the market at the moment. Sa …