Seems like Vodafone is testing ICS build for Galaxy SII.

Vodafone and Samsung are busy to test Android ICS for the Galaxy S II.
Thanks to a TIP with a screenshot we can conclude that Vodafone is testing their version of ICS.
The firmware based on Android 4.0.3 with base band version I9100BULP2 is in test fase.
Because we all know BU = Vodafone we can conclude that Samsung and Vodafone are busy with their upcoming updates.

As the most people know we started to leak ICS roms for the Galaxy SII at the end of 2011.
Samsung promised to update their Galaxy SII in Q1 of 2012.

At the moment we know that KIES/AIR updates will roll out in March for the SGSII. 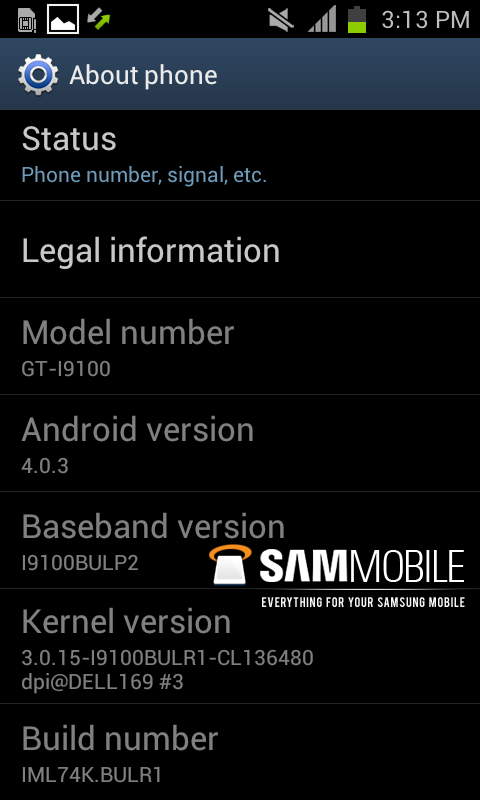 Special thanks to TIP