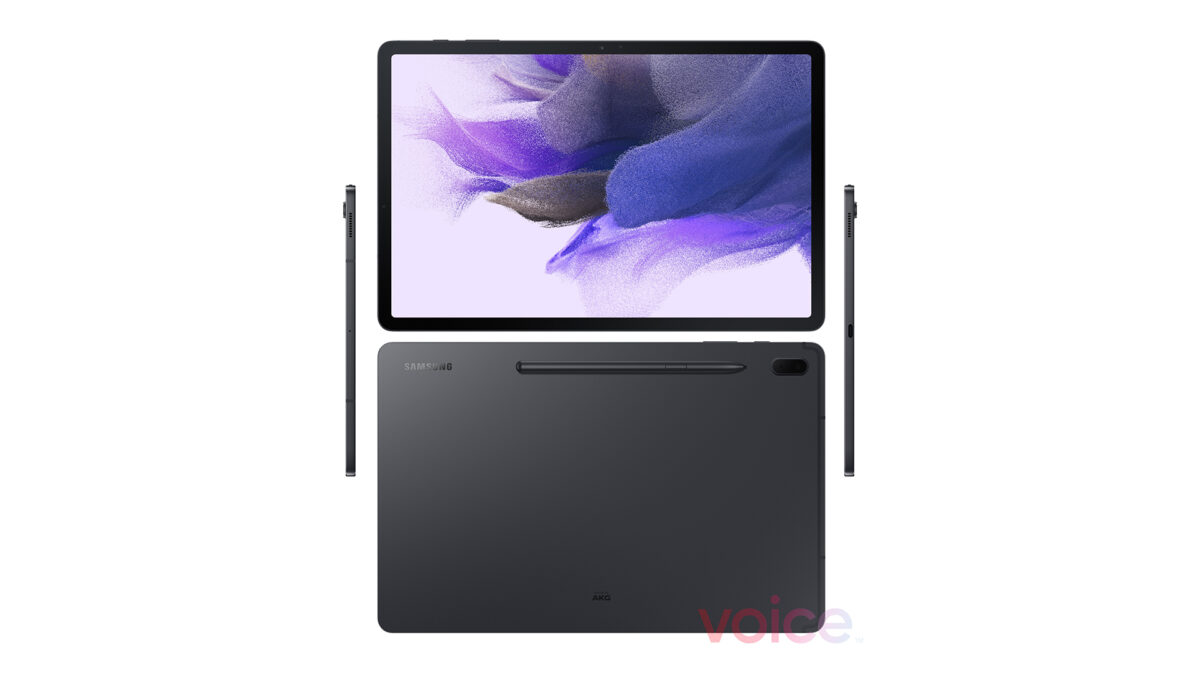 Samsung is expected to unveil its Galaxy Book laptops later this month and the Galaxy Tab S7 Lite in June 2021. However, three months ahead of the tentative launch date, the upcoming tablet’s first press render has emerged, showing us its design and a few features.

Notable leakster Evan Blass published the first clear and high-resolution image of the Galaxy Tab S7 Lite 5G on Voice. The image shows the tablet’s rumored 12.4-inch LCD display on the front, a dual-camera setup and the magnetically attached S Pen at the rear, two stereo speakers (tuned by AKG) on either side of the tablet, and the power and volume buttons on the top. The upcoming tablet appears to feature a metal body, but we are still unsure if the tablet features a fingerprint reader.

Previously leaked reports claim that the Galaxy Tab S7 Lite will come equipped with the Snapdragon 750G processor, 4GB/6GB RAM, and 128GB internal storage. It may or may not use a high-refresh-rate LTPO display. The tablet will come with Android 11 (most probably with One UI 3.1) out of the box, and we can expect the tablet to get at least two major Android OS updates. The tablet will be available in Wi-Fi-only, LTE, and 5G variants. Other expected features include GPS, Wi-Fi 5, Bluetooth 5.0, USB Type-C port, and a 7,000mAh (or bigger) battery with 15W fast charging.

The Galaxy Tab S7 Lite will be launched alongside the Galaxy Tab A7 Lite in four colors: black, green (could be light green), pink, and silver. Both tablets will address the booming e-learning market, which has seen a meteoric rise since the COVID-19 was declared a pandemic last year.