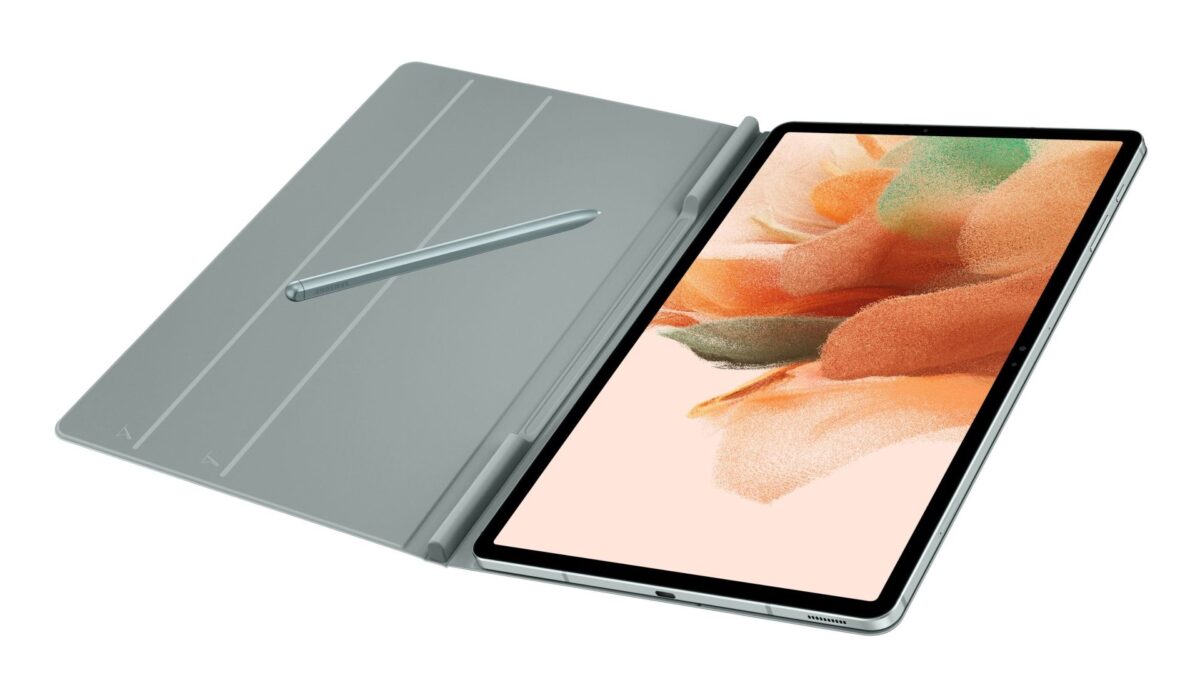 Samsung is expected to release the Galaxy Tab S7+ Lite in a total of five color options, two of which were revealed in leaked renders last week. The remaining three color options — blue, green, and silver — have also been leaked today in press renders by the same source — @evleaks — completing the entire color range; at least as we know it to this point.

The renders look virtually the same as last week except they’re in different colors. The tablet is depicted along with a color-matched Book Cover and S Pen. The Galaxy Tab S7+ Lite should be equipped with stereo speakers, dual main cameras, and the Snapdragon 750G chipset.

Although this has yet to be officially confirmed, Samsung is expected to name its new tablet the ‘Galaxy Tab S7+ Lite’ because it combines a large 12.4-inch display with a mid-range chipset. It will be interesting to see if Samsung will attempt to market the upcoming model as a multimedia or productivity-oriented tablet, or both. Samsung has never combined the ‘Plus’ and ‘Lite’ monikers before, so we’ll have to wait and see.

An old leaked roadmap claimed that the Galaxy Tab S7+ Lite — or the Galaxy Tab S7 Lite as it was referred to back then — will be unveiled in June, but Samsung has yet to spill the beans on an official date. We’ll keep you posted.