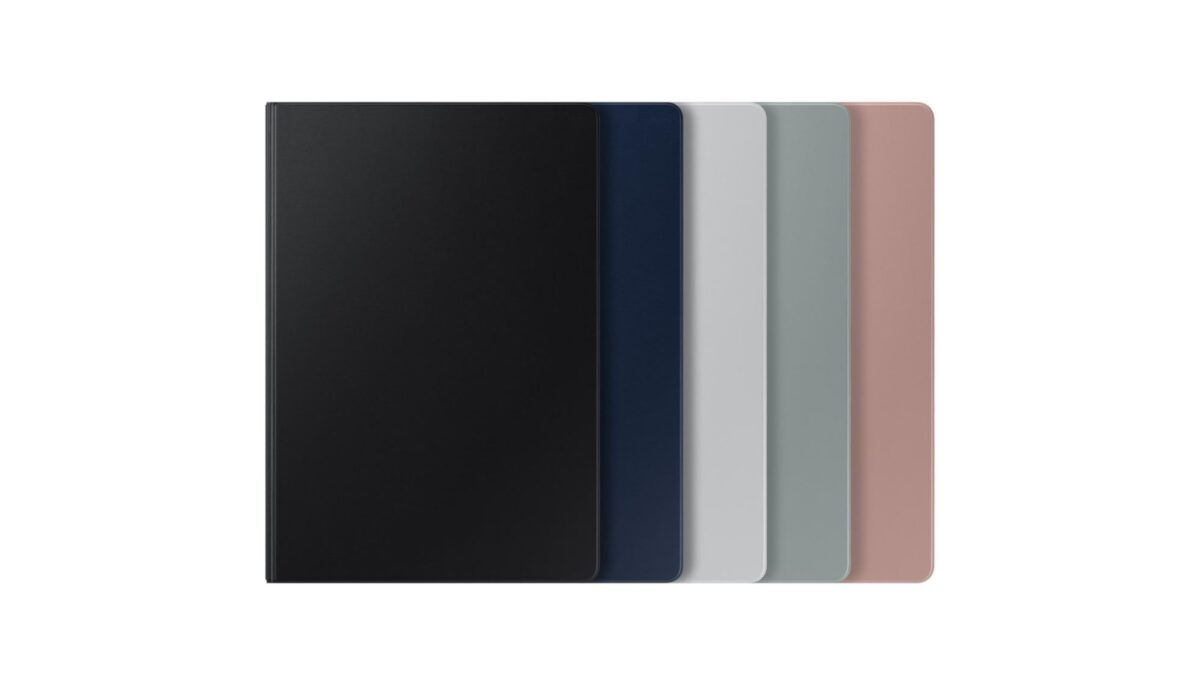 Samsung’s first Fan Edition tablet is coming soon, as evidenced by the numerous appearances it has been making all around the internet recently. From spec and press render leaks to regulatory certification, the Galaxy Tab S7 FE has been through it all, and the only that’s remaining now is a look at the tablet in the flesh. While you will have to continue waiting for that, you can feast your eyes on yet another set of renders of the device that have leaked courtesy of Roland Quandt.

Like the renders we saw before, these show the Galaxy Tab S7 FE sitting in its Book Cover case, but we also get to see it in what is likely to be called the Book Cover Keyboard accessory. The S Pen is on full display as well. We also get to see all five case colors (and, as a result, all possible colors of the tablet itself) – black, blue, silver, green, and pink. Color variety is clearly something Samsung is taking seriously for its Fan Edition devices, as it is in line with what we saw for the Galaxy S20 FE that launched last year.

Unfortunately, it seems Samsung won’t be keeping things similar on the specifications front. While the Galaxy S20 FE shared most of the main Galaxy S20 lineup’s flagship features, the Galaxy Tab S7 FE is set to be a decidedly mid-range affair. It will keep the huge 12.4-inch screen and 10,090 mAh battery of the Galaxy Tab S7+, but will see downgrades in several other areas. For example, the screen will be of the LCD type and the Snapdragon 865 will be replaced by the Snapdragon 750G, which also powers the Galaxy A52 5G.

Speaking of 5G, the new ultra-fast wireless standard will be supported on the Galaxy Tab S7 FE, though an LTE variant will be on offer as well. The tablet is expected to launch sometime in June, so it shouldn’t be long before we get all the official details from Samsung. Until then, enjoy the leaks, and leave a comment and let us know if you’re looking forward to the Tab S7 FE!