BREAKING: You need to see these Galaxy Watch 4 images! 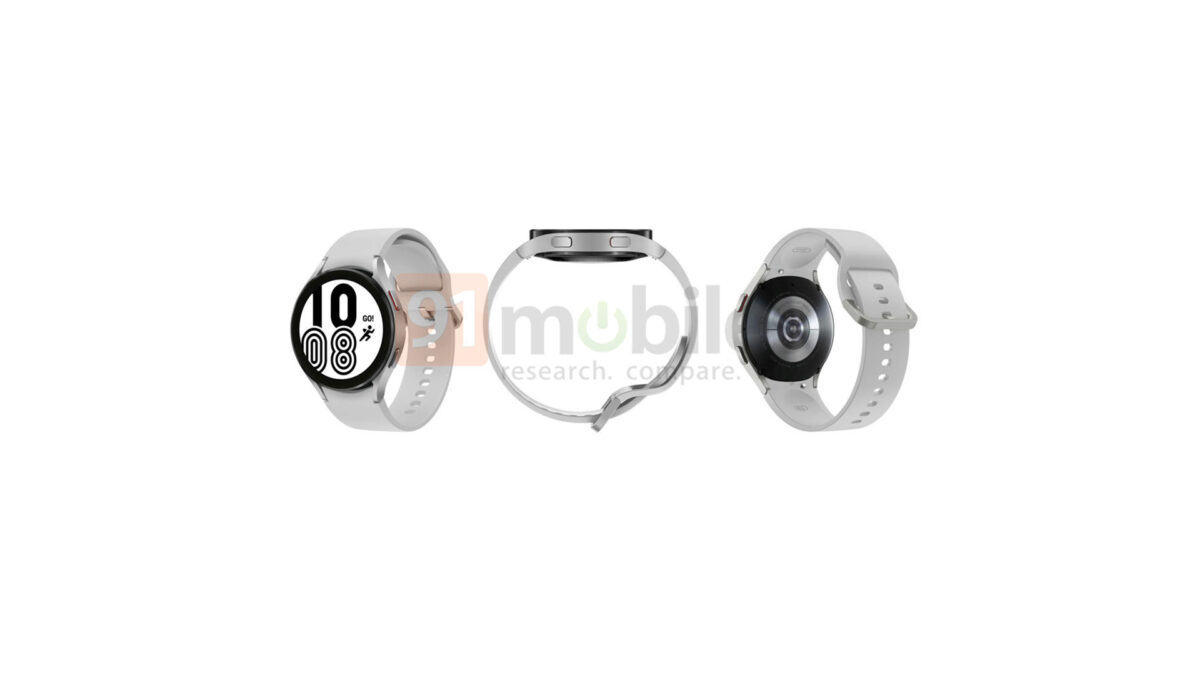 The first official renders of the Galaxy Watch 4 were published by 91Mobiles. It looks like Samsung’s upcoming flagship smartwatch has a metal case with two flat buttons on the side. The buttons do not follow the same design that is featured on the Galaxy Watch 3. The Galaxy Watch 4 will be available in at least four case colors: black, olive green, rose gold, and silver. We can also see the smartwatch’s heart rate sensor in some images. The top button has a red tint, which means that these are the LTE versions of the Galaxy Watch 4. All these variants of the smartwatch have silicon bands, which are easily replaceable. We can also see at least four new attractive watch faces, and one of those features Samsung’s AR Emojis. 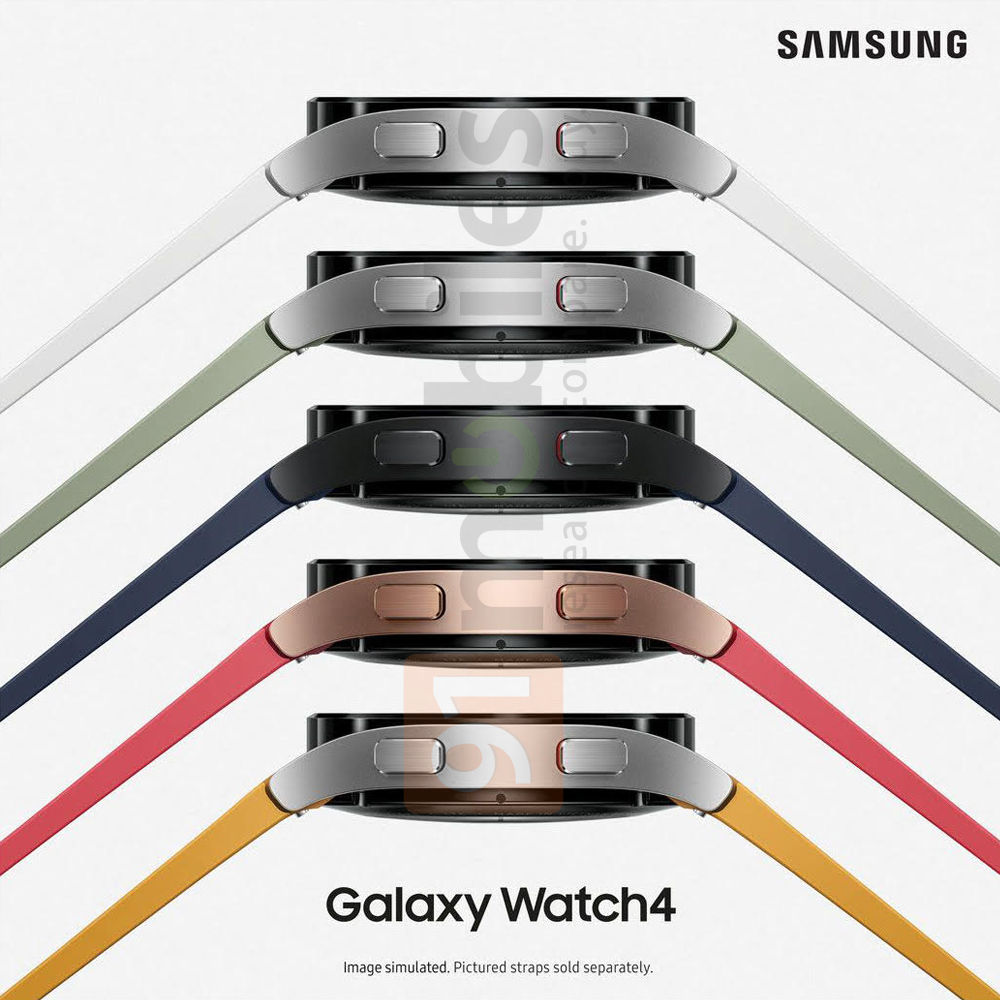 The Galaxy Watch 4 sports a circular Super AMOLED display, and the device comes in two sizes. Samsung has confirmed that its next-generation smartwatches will run Google’s brand new Wear OS instead of Tizen. We had revealed a few weeks ago that the Galaxy Watch 4 will come with the One UI 3.x skin on top of Wear OS. It will use the next-gen 5nm Exynos processor. 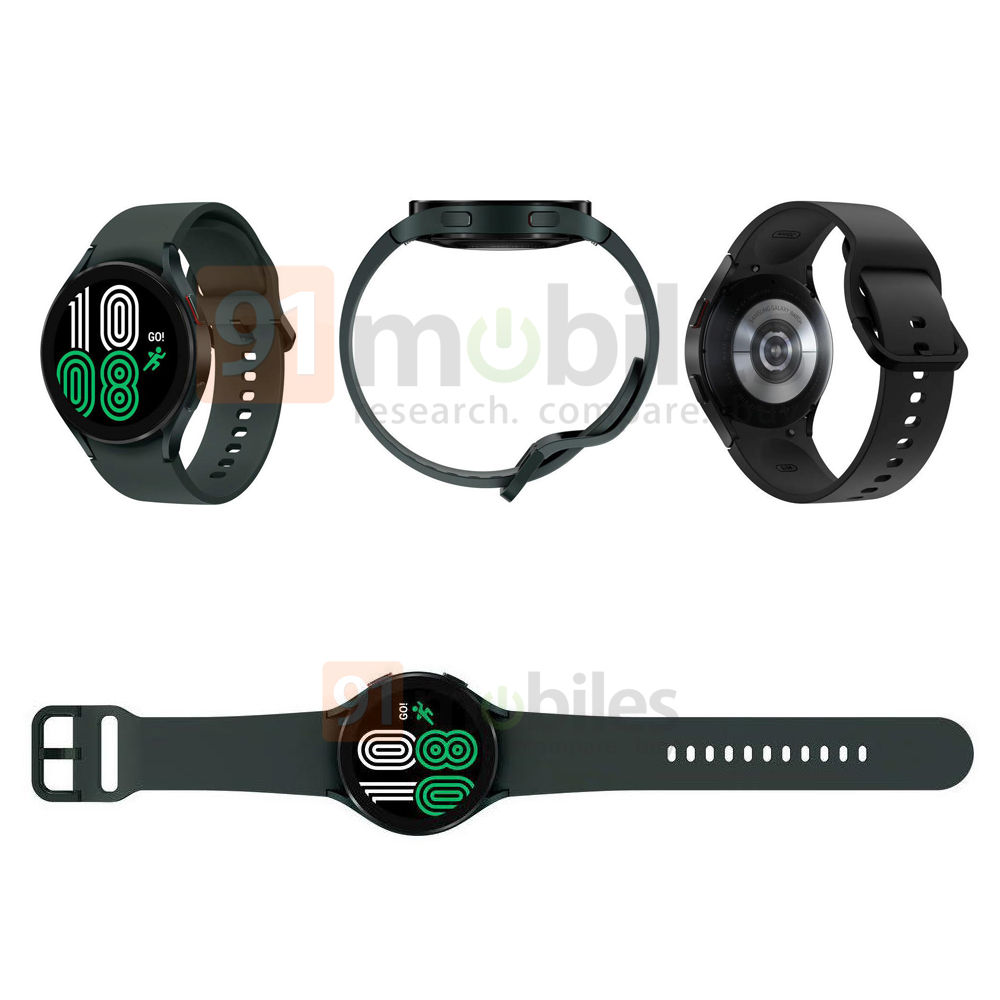 Did you like the Galaxy Watch 4 design? What are your thoughts on it? Let us know in the comments section below!