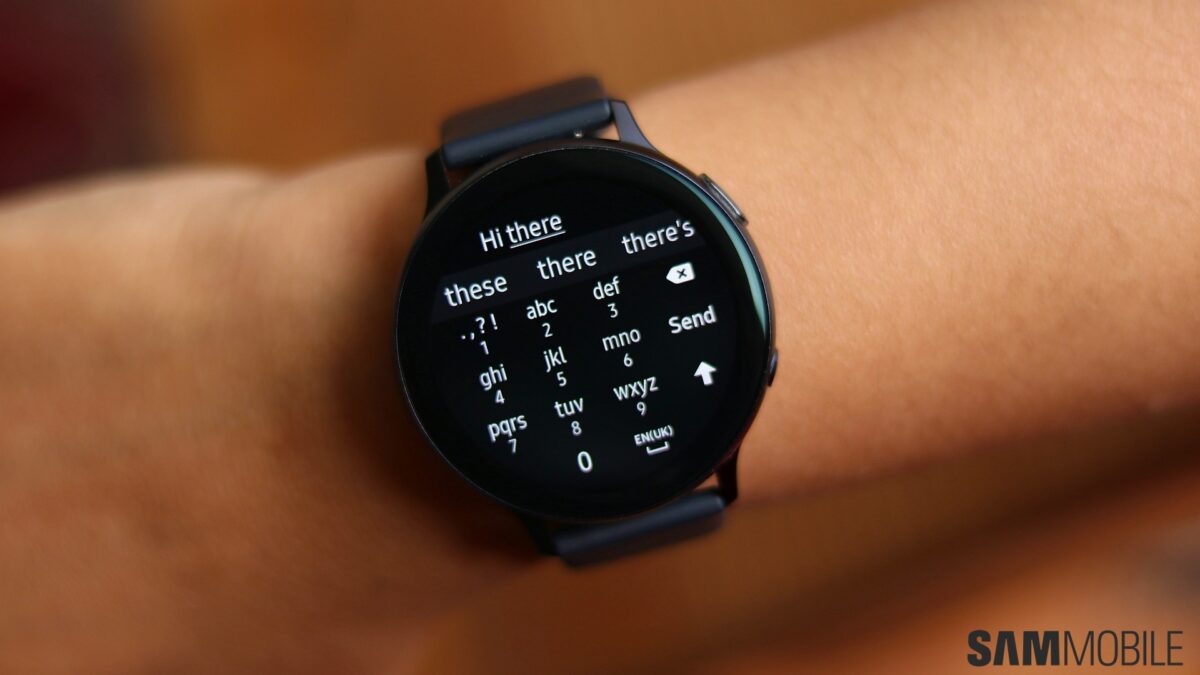 Samsung and Google confirmed yesterday that future Galaxy-branded smartwatches will no longer run Tizen OS, but instead they’ll adopt the Wear OS platform to deliver better app compatibility and support for third-party developers, and more. The companies haven’t revealed any hardware details, but according to at least one leaker — @UniverseIce — the Galaxy Watch Active 4 will see some drastic changes to the exterior design as well as the internal hardware.

The Galaxy Watch Active 4 will reportedly abandon the 2.5D glass panel covering the circular display, and instead it will feature a flat 2D panel, which begs the question of what will happen to the virtual bezel.

The physical (non-moving) bezel surrounding the active area of the display will be narrower, and the frame / chassis might be built from titanium alloy.

Samsung might finally be ready to introduce a new chipset

Samsung’s been using the 10nm-based Exynos 9110 chipset for its entire smartwatch lineup ever since the original Galaxy Watch was introduced in 2018. The company has released several smartwatch models under the Galaxy Watch and Galaxy Watch Active brandings, all of which were powered by the same silicon.

The company might now finally be ready to switch to a newer solution, and although details are missing, the source claims that the upcoming wearable chipset will be manufactured on a 5nm process. This should make the SoC more powerful, but more importantly, it should improve energy efficiency and could contribute to increased battery life on a single charge.

The Samsung Galaxy Watch 4 will presumably boast the same 5nm silicon and share other hardware similarities with the Active variant, though it will probably retain a physical rotating bezel.

Given that Samsung is yet to unveil the Galaxy Watch 4 and Galaxy Watch Active 4, it is a tad too early to talk about its successor, the Galaxy Watch 5. However, that hasn’t stopped Meeco.kr from drawing up some stunning renders of the wearable. It also showcases some key changes Samsung could make with the Galaxy […]

Samsung’s smartwatches are among the best in the industry, especially for Android smartphones. The company had abandoned Google’s Wear OS platform years ago in favor of Tizen to make its smartwatches more feature-rich and power-efficient. With the Galaxy Watch 4, the company is switching back to a brand new version of Wear OS that it […]

BREAKING: These Galaxy Watch Active 4 renders will make you drool!

It was being expected that Samsung would launch the Galaxy Z Flip 3, Galaxy Z Fold 3, Galaxy Watch 4 series, and the Galaxy Buds 2 sometime in August 2021. However, the actual launch date for those devices had remained unknown until today. Max Weinbach has now revealed when Samsung plans to unveil its next-generation […]

Samsung is expected to announce three new smartphones and two new smartwatches in the second half of this year. The company has announced that it will switch from Tizen OS to a brand new version of Google’s Wear OS with its next smartwatches. Now, those two smartwatches—Galaxy Watch 4 and Galaxy Watch Active 4— have […]