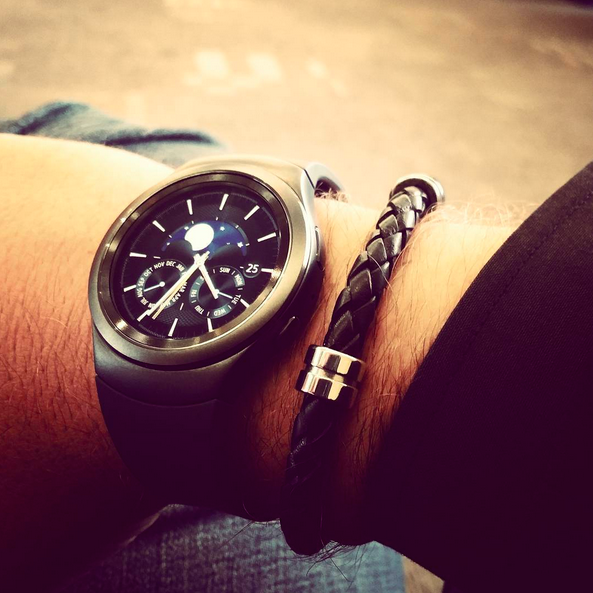 Samsung confirmed at its event earlier this month that the much awaited round smartwatch, officially called the Gear S2, is going to be unveiled next month at IFA in Berlin. Since the confirmation Samsung has teased the smartwatch a couple of times but we never really got a good look at the actual design, today we get to see it and it certainly is very pleasing to gawk at.

That’s the Gear S2 you see on Dennis Miloseski’s wrist, he posted this shot on Instagram, those who are not aware he’s the vice president head of study at Samsung Design America and also the head of Samsung Mobile UXCA in charge of industrial design, design UX and overseeing strategy as well as engineering operations in North America. This post went up on Instagram about two hours ago, we get a good look at the Gear S2’s round design and a watch face that features moonphase complication. We’ve already reported on the Gear S2’s specifications and the fact that it has a rotating bezel, now we just have to wait for Samsung to formally announce it at IFA 2015. Tell me, are you excited about this new smartwatch from Samsung?